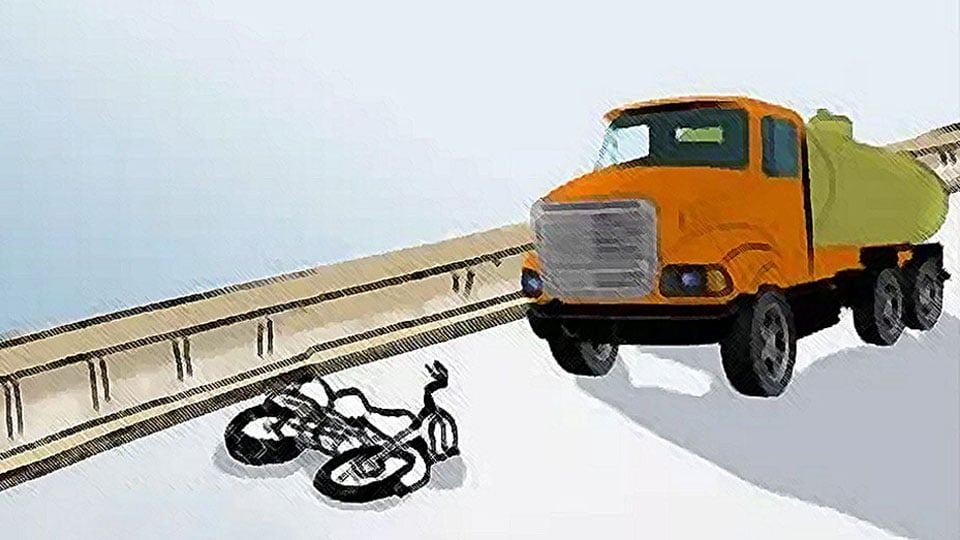 Mysuru: A two-wheeler rider had a miraculous escape, but sustained a fracture when he went under the lorry after it rammed into his scooter at Vartha Bhavan junction on JLB Road here this morning.

The injured has been identified as Srinivas of K.R. Pet.

Srinivas was riding his scooter (KA-05 Q-5236), when the lorry (KA-11-9566) rammed into the scooter. The impact was such that Srinivas and the scooter were stuck under the lorry and the Police had to free them. Meanwhile, a minor commotion took place at the spot, when an ambulance driver refused to shift the injured to the hospital. The members of the public who stopped an ambulance that was coming that way and demanded the driver to shift the injured to the hospital for which the driver refused resulting in the public arguing with the driver.

Later, the Police summoned an ambulance and shifted the injured Srinivas to a hospital.