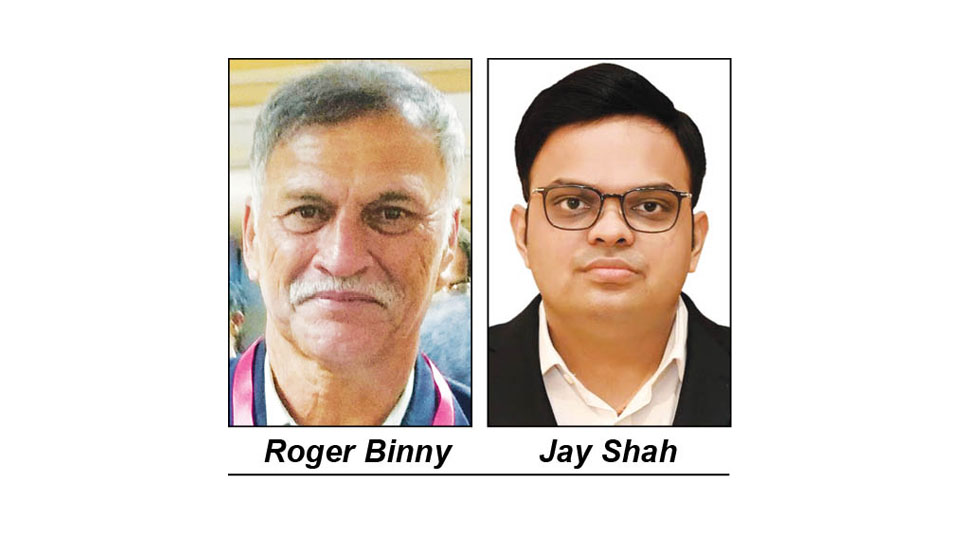 Jay Shah to continue as the Board Secretary

Roger Binny, the former India all-rounder, is set to become the new BCCI President, replacing Sourav Ganguly, who is not expected to have a position in the board any longer. Binny will assume charge on Oct. 18, when the BCCI annual general meeting will be held in Mumbai.

Jay Shah, son of Home Minister Amit Shah, will continue as BCCI Secretary, the most influential position in the board. Rajiv Shukla will also stay on as the Board’s Vice-President.

Another key appointment is that of Arun Dhumal, who is set to take over as the new IPL Chairman, a post held since 2019 by Brijesh Patel, the former India batter, who will be forced to vacate the seat as he turns 70 soon [on November 24]. That is the maximum permitted age limit for an office- bearer or administrator in the BCCI’s constitution.

Dhumal, who became a BCCI functionary during the Ganguly administration, is the brother of former Board President Anurag Thakur, the current Union Sports and Youth Affairs Minister.

As a formality, Dhumal will initially need to contest for a position for being a IPL governing council member. Also joining the governing council will be Avishek Dalmiya, son of former BCCI President and ICC bigwig Jagmohan Dalimya. Avishek, who is the Cricket Association of Bengal President, will replace Khairul Majumdar, who will be nominated as the BCCI’s general body representative on board’s Apex Council.

Binny, 67, has a lot of experience in cricket administration. He has served in different positions at the Karnataka State Cricket Association (KSCA) over the years, and has been its President since 2019. Prior to that, Binny also was part of the KSCA administrations led by Patel and Anil Kumble (2010-12).

It is learnt that Binny was the sole candidate for the BCCI President’s post so far with the deadline for filing nominations ending today for the five office-bearers’ positions, which were meant to be contested at the Board elections on Oct. 18. As things stand, there will be no elections for any position after the top brass of the BCCI, including Ganguly, along with senior past and current administrators from prominent State    Associations, finalised a shortlist of people that will occupy key positions in the BCCI over a series of meetings in Delhi last week and one on Monday evening in Mumbai.

The age-cap rule, which has led to end of Patel’s run, will also restrict 1983 World Cup-winner. the 36th BCCI President Binny’s tenure to one term of three years.

However, the likes of Shah can now continue till 2025. He had taken over as BCCI Secretary in 2019, when Ganguly was elected President, after Board elections were held for the first time since Supreme Court mandated a new constitution, drafted as per the Lodha Committee recommendations, which were meant to overhaul the structure and running of BCCI.