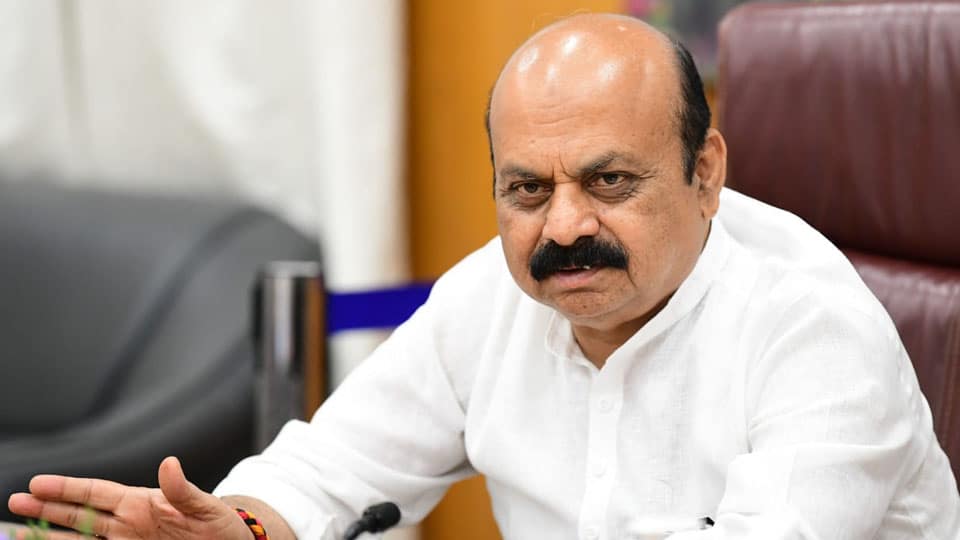 Rs. 15 lakh for those killed by wild elephants: CM

Hassan: A compensation of Rs 15 lakh is being given to those killed in wild elephant attacks in Karnataka and there is a proposal to provide job to a member of the deceased family, said Chief Minister Basavaraj Bommai.

Speaking to reporters at Halebeedu Helipad, the CM said that the State Government has taken the elephant menace seriously and has constituted the Elephant Task Force to deal with the wild elephants.

“Elephants which had come out from the forests following drought for many years have not returned. The other reason for the jumbo attacks is human beings entering forests for some reason or the other,” he claimed.

Since it is not correct to launch an operation after any single incident, the Task Force has been constituted to launch the operation regularly, he said, adding that each Task Force is provided with training, vehicles, equipment and a control room has also been established.

The job of the special force members is to patrol the elephant-infested areas regularly and push back the animals back into forests. In case the wild elephants are more in number, then members of all the forces must join together and send back the jumbos into forests, Bommai said.

He further said that the task force has been given directions to launch this operation for at least 10 days.

“A sum of Rs. 100 crore has been earmarked in this year’s budget for this purpose. A new kind of fence is being put up in Bandipur National Park. The Elephant Corridor will be fully protected,” he added.