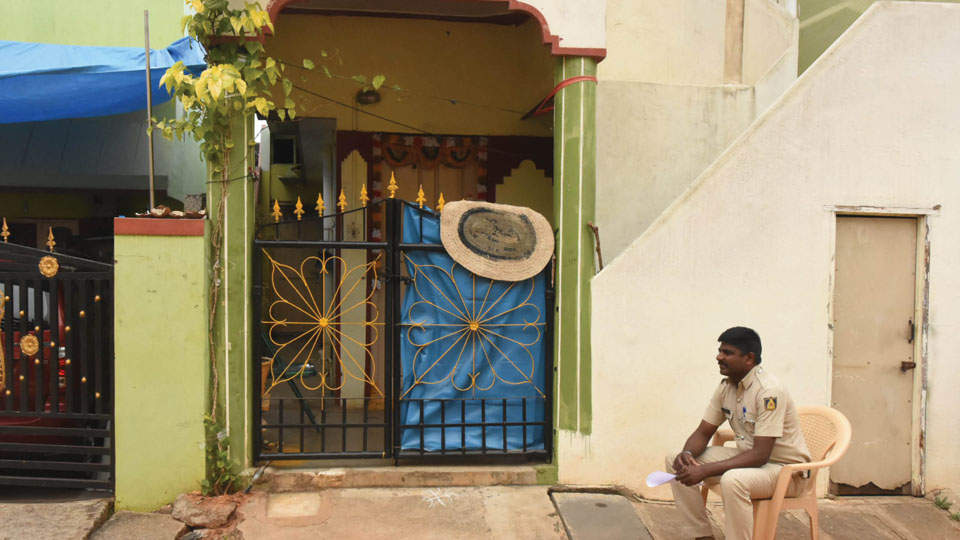 Mysore/Mysuru: Investigating the evidence collected from the rented room of Shariq, the prime suspect in the Mangaluru autorickshaw cooker bomb blast case, at Lokanayakanagar near Metagalli and tracking his movements around Mysuru city, the Police are questioning several auto drivers and taxi operators to trace the routes usually taken by him.

After renting out the single room accommodation for a higher rent than the usual, Shariq had travelled to several places within Mysuru city limits and usually used app-based auto and taxis for his journey. He used to book the locations and time of the travel through his mobile phone.

Armed with the data that has been recorded by the software of app aggregators, the Police are questioning several auto and taxi drivers to know where all he travelled within Mysuru city and his places of interest.

Usually, he used to head out at 8 am from his house and return only late at 10.30 pm. He used to travel to different locations within the city and used various vehicles booked through app-based service.

Investigation has revealed that on Nov. 18, he entered the KSRTC Sub-Urban Bus Stand and took a vehicle from Dalvoy School. He travelled in a KSRTC bus through Madikeri, Sullia and Puttur to reach Mangaluru. The next day, he was travelling in an auto in the coastal city when the bomb exploded, said a Police officer privy to the information.

The Police are now scanning the CCTV camera visuals recorded in Sub-Urban Bus Stand to ascertain whether Shariq was carrying the cooker from Mysuru or whether he has a place in Mangaluru to make cooker bombs and other Improvised Explosive Devices (IEDs) and if there is anyone who is helping him.

Meanwhile, the Police have seized the rented room of Shariq at Lokanayakanagar in Metagalli and have sealed the premises. The room where he stayed has been locked.

Shariq had learnt rudimentary bomb-making from groups on encrypted messaging platforms. Police said that videos on how to make a bike bomb and cooker bomb were recovered from Shariq’s phone.