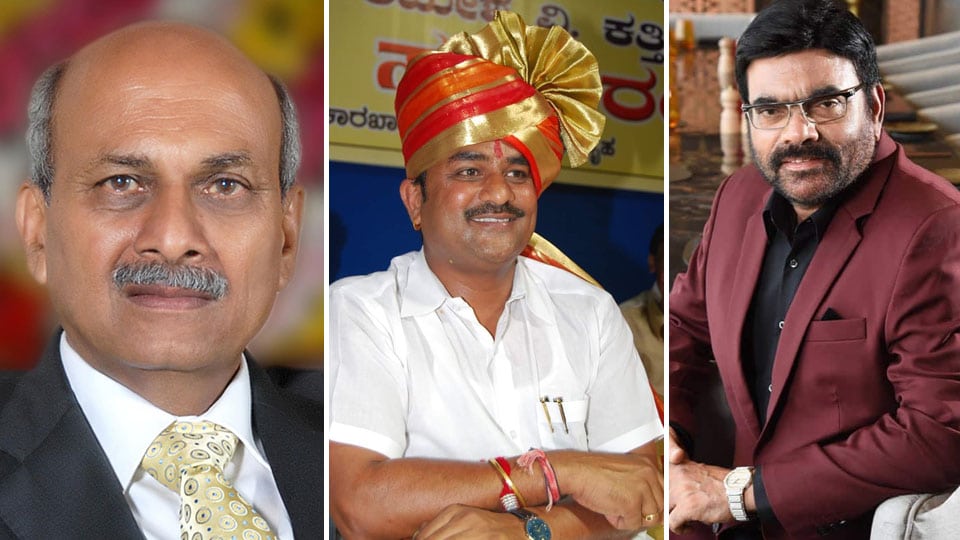 Bengaluru: As the elections to the four vacant Rajya Sabha (RS) seats from the State is scheduled to take place on June 19, the State BJP has finalised the names of three party candidates —- current RS MP Prabhakar Kore, former MP Ramesh Katti and  Bengaluru Hotelier K.Prakash Shetty. While the BJP is certain to win two seats, it may try to bag another seat by political manipulations, it is learnt.

The BJP Core Committee which met under the leadership of Chief Minister B.S.Yediyurappa in the State capital yesterday, shortlisted the names of Prabhakar Kore, Ramesh Katti and Prakash Shetty after much deliberations and sent the list to the Party High Command at New Delhi.

Ramesh Katti is the brother of current MLA and former Minister Umesh Katti, who is lobbying hard for a Ministerial berth in the Yediyurappa Cabinet, while Prabhakar Kore is the Chairman of the prestigious KLE (Karnataka Lingayat Education) Society at Belagavi.

Although it was widely speculated that the BJP leadership would recommend the name of noted Banker and former ICICI Bank Chairman M.V. Kamath, who is currently serving as the Head of New Development Bank of BRICS countries, the Core Committee did not discuss his name. Not long ago, there were speculations that Kamath, who is a native of Karnataka, could succeed Nirmala Sitharaman as the next Union Finance Minister.

Meanwhile, the JD(S) is certain to field party Supremo and former Prime Minister H.D. Deve Gowda for the Rajya Sabha polls. The party hopes to strike a deal with the Congress in this regard in a day or two. Deve Gowda had lost the 2019 General Lok Sabha polls from Tumakuru to G.S. Basavaraj of the BJP.

The Congress has already named senior party leader Mallikarjun Kharge as the party is certain to win one of the four seats going to the June 19 polls, in which only MLAs of the State can vote.