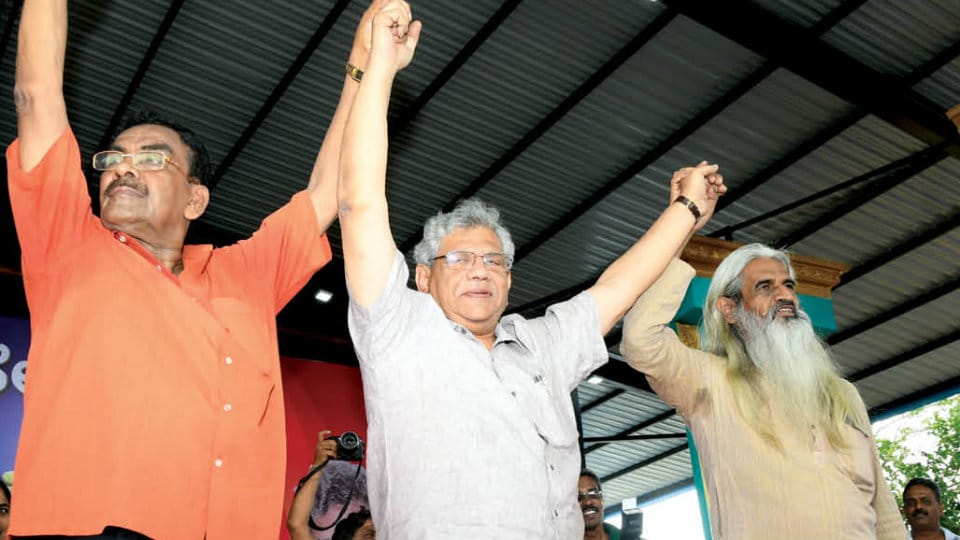 Mysuru: “Known for its unity in diversity and secular policies, India is now being forced to convert into a Hindu nation, all thanks to RSS and BJP,” said CPI(M) General Secretary Sitaram Yechury here yesterday. He was speaking after inaugurating the State-level Convention organised by the party at P. Kalinga Rao auditorium at Dasara Exhibition Grounds.

“There have been severe attacks to destroy the four pillars of our Constitution — Secular Democracy, Social Justice, Economic Independence and Federal Structure. This apart, riots in the name of caste and religion is also being witnessed in the country and people involved in such acts are projecting it to be patriotism. It was Subhash Chandra Bose who promoted the slogan ‘Jai Hind.’ The real meaning of patriotism is to bring people together and not to divide them,” he added.

Yechury said that both RSS and BJP was conspiring to damage the federal system in the name of one country-one tax, one country-one election and one country-one law.  He also added that the rights of Parliament and Assemblies were being infringed through introduction of GST Bill. “The State Governments which had to develop through collection of taxes will be forced to beg before the Central Government for funds in case of crisis,” he added.

Stating that Hindi language was being forced upon children in States, Yechury said that the move will make children forget their respective State languages and study in Hindi language. 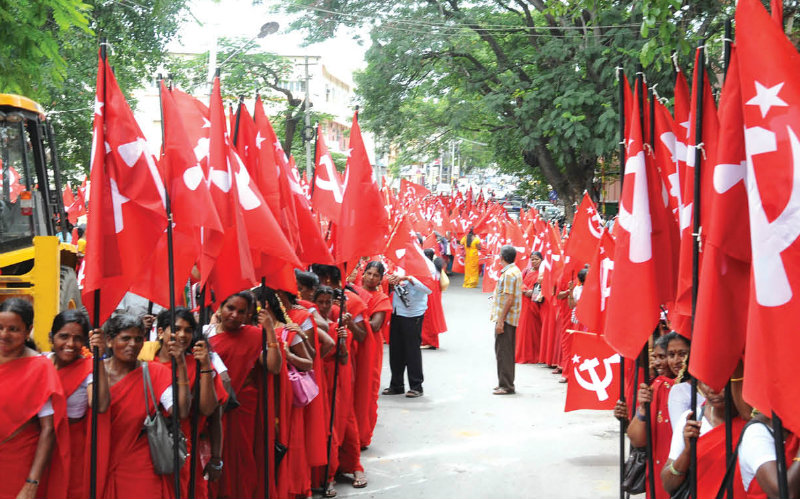 Taking a jibe on the Digital India concept, he said that it would only help the digital companies grow and not the others. He also accused the Government for opening fire against the farmers for demanding loan waiver.

“India is a country where people have freedom to practice any religion and pray to any God. Unfortunately, few people in the name of Go Rakshak Committee are attacking Dalits and minorities. It is the responsibility of Police to protect the cows and not private persons,” he said.

Prior to his speech, Yechury also praised Mysuru and said that it was Nalwadi Krishnaraja Wadiyar who first introduced reservation in the country. He also said that Mysuru was home for great personalities such as Tipu Sulthan, Kuvempu, U.R. Ananthamurthy, G.S. Shivarudrappa, Devanur Mahadeva among others.

The members also took out a mammoth rally from Freedom Fighters Park to Dasara Exhibition Grounds.

Sitaram Yechury
Creating beneficial spaces
“PM Modi is not a person, he is an institution”

2 COMMENTS ON THIS POST To “RSS, BJP conspiring to convert India into a Hindu State: Sitaram Yechury”