Home » Feature Articles » “PM Modi is not a person, he is an institution” 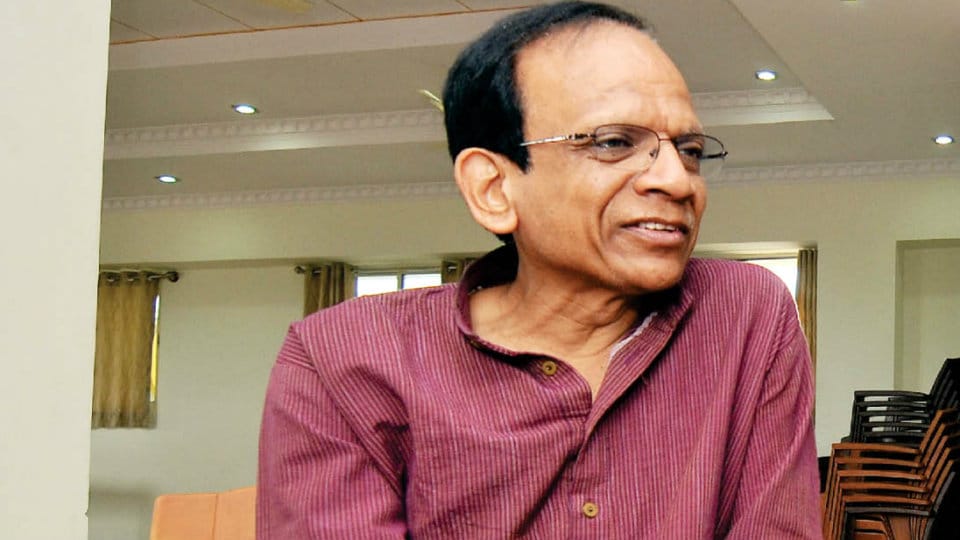 “PM Modi is not a person, he is an institution”

It is a little over seven months now since Prime Minister Narendra Modi took a bold step to demonetise Rs. 1000 and Rs. 500 currency notes. The sudden move by the PM was also called ‘Surgical Strike.’ But the jury is still out on this unusual move. However, one person who suddenly became famous as the ‘Demonetisation Man’ was Anil Bokil of Pune-based ArthaKranti Sansthan. He is the one who gave the idea to the PM and that is what everybody is talking about.

Bokil was in town on May 27 on the invitation of Namma Mysuru Foundation and Confederation of Indian Industry (CII), Mysuru. He spoke for nearly two hours and raised some fundamental questions about the economy, why there is corruption in the country and how abolishing taxes completely could resolve many problems.

Star of Mysore Features Editor N. Niranjan Nikam caught up with the radical thinker Anil Bokil the next day and tried to understand some of his ideas which sound very Utopian like e-monetisation, Bank Transaction Tax, global currency in the world and what his NGO ArthaKranti is doing. Excerpts. —Ed

“GST in comparison with the present tax system is a good one but not the best. If you compare GST with ArthaKranti’s BTT (Bank Transaction Tax) proposal, which is the best one in view of India’s social and economic structure. That is why we are advocating BTT. Our aim is not to reject GST but to install or adopt BTT.”

Star of Mysore: You have been touted as the man behind demonetisation. But is this ‘surgical strike?’ Is this what you suggested?

Anil Bokil: It is not what I suggested. It is not surgical strike. It is a planned process and a lot of work has gone into it, which is a must. So we call it e-monetisation and not demonetisation.

Anil Bokil: It is a digital economy. Banking system is in the social domain. It is a social asset. It cannot be a personal asset. ‘ArthaKranti’ does not propose to demonetise the economy. It proposes to limit currency to face value of Rs. 50.

SOM: Is it really you who gave PM Modi this idea? If so how did this happen?

Anil Bokil: Since last 20 years we have been pursuing this idea. Not just Modi, but we had called on leaders of most political parties and top leaders in the country to talk about this. It so happened that Modi got a clear majority and that is why he was able to move it. If you have a fractured mandate you could not do it. Clear mandate is what helped him to take the decision.

SOM: Being an engineer, how did you get interested in the economy and its ills plaguing the country?

SOM: What motivated you to name your NGO ArthaKranti?

Anil Bokil: Because, what we are talking here is Finance and Economy and the rift between the two. Nobody can understand the difference between these two, Finance and Economics and how it can be assimilated. Markets never work for one individual, it works for consumers. As a result what we see is socio-ecological exploitation as everything is on sale, even something like carbon credit. Economics is a science of research while Finance is a science of money — it is not real. Science of resources is economics. This is what we have been talking about in ArthaKranti, which is our mission — India’s Economic Rejuvenation.

SOM: Are you in tune with any political party? Do you have any leanings like the influence of RSS?

Anil Bokil: We are not Leftist or Rightist. We are Humanists. This is our stand. The whole family of 130 crore is our family and I am a responsible member of this family. 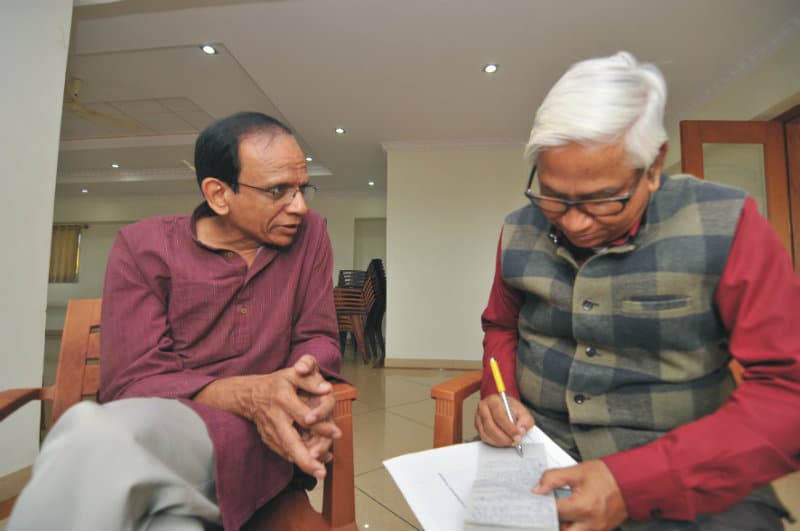 SOM: ArthaKranti has been in existence for more than 20 years. How much of a difference has it made to people and the country with its revolutionary ideas?

Anil Bokil: This is not a one time process. It is a process and cleansing of whole economics too. Gradually, we will see the result. We have to keep looking over the proceedings and whenever required tweak it. Our aim is to see that we are not deviating from the goal of principled, prosperous and peaceful life for every Indian. That is the aim of  our mission.

SOM: The radical idea of abolishing taxes completely is mind-boggling. What will happen to all the tax institutions like Income Tax, Commercial Tax, Excise, especially in a tax-trigger happy government like ours?

Anil Bokil: (Smiles) It is not a radical idea. It can be negotiated with all people. A good scheme can be offered to everybody who is going to be impacted and his future can be well planned. That is just a matter of negotiation. It is not just a thought we are talking about here, it is a complete design we have in place. It is well explained and a thorough process.

SOM: Removing all taxes and introducing BTT (Bank Transaction Tax) sounds very Utopian for the common man. How do you justify it?

Anil Bokil: There is no doubt the proposal seems Utopian. But ArthaKranti has a structure and design, a complete proposal and transition plan that we have done very scientifically. As a result of which a model Finance Bill has been produced by ArthaKranti. We have worked on this for two-and-a-half-years gathering efforts of intelligence and spent about            Rs. 40 lakh.

SOM: You come very well- prepared for your talks and the PPT you show is very convincing, especially regarding the leakages that lead to corruption. Is it as simple as you project it?

Anil Bokil: It is that simple because parallel economy has an impact on the country. There are so many taps that are leaking because of tax evasion and this leaking is what is black money. But nobody knows how much black or unaccounted money is there. This is what leads to parallel economy and money laundering. It gets more serious and parallel economy mess becomes underground economy. For instance, in elections, who is funding the politicians — a corrupt bureaucracy.

50 per cent poor farmers are unemployed. If he is not able to live, he commits suicide. But the youth in urban areas say, “If I can’t live why should you live?” and then gets into organised crime. The system cannot accommodate him, then he becomes a terrorist.

If we have to change, then leakages have to be stopped. Why is it that a person eating tambakoo spits on the road, but not in the airport. The environment has to change and everybody changes with it.

SOM: How much have you studied Kautilya’s Arthashastra and come to a conclusion that it is the best for our country?

Anil Bokil: It is not best for our country, but best for the whole world’s economy. The modern financial practices have created best access to the world. This can be a proposal addressed by deep profound concept like Kautilya’s Arthashastra.

We propose a global currency. As I always say, money is a medium and not a commodity. So if you want to have a solution to global problems, then we should have global governance too. Here we need to have a single currency access to the whole world because new trade and market will be widely open and cross all limitations of national boundaries. Hence, to move towards a single global market, a single currency is the need of the hour. Our ulterior aim is Vasudhaiva Kutumbakam.

SOM: When did you meet Modi? Is it true that when you met him, he was so impressed that he gave you a lot of time? On the contrary, when you took this idea to Rahul Gandhi he just did not even look at it?

Anil Bokil: Modi is not a person, he is an institution. I had met him before he became the Prime Minister and he did listen to me. However, it is not true that Rahul Gandhi dismissed my idea. I met him in 2014 and he directed my proposal to his think-tank team headed by Prof. G. Mohan Gopal, Director, Rajiv Gandhi Institute for Contemporary Studies. Rahul wanted to understand it in depth and I think he did the right thing by entrusting it to the think-tank.

2 COMMENTS ON THIS POST To ““PM Modi is not a person, he is an institution””