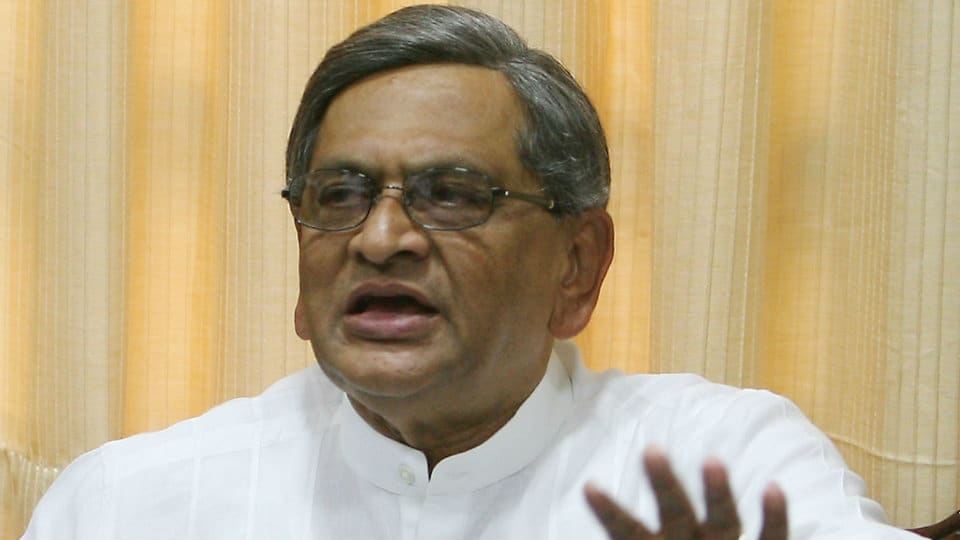 Speaking to mediapersons in city this morning, BJP State President and former Chief Minister B.S. Yeddyurappa said that S.M. Krishna would be joining the party on Mar. 15 (Wednesday) at New Delhi in the presence of BJP National President Amit Shah.

S.M. Krishna is expected to reach New Delhi tomorrow (Mar.14) and hold talks with Amit Shah before officially joining the party on Wednesday.

CM in a state of illusion

Taking a dig at CM Siddharamaiah, Yeddyurappa said that Siddharamaiah was under an illusion of Congress candidates emerging victorious in Nanjangud and Gundlupet byelections.

He said that the BJP was gaining momentum every day with the support increasing beyond expectations. “If CM thinks that people would support Congress party only by criticising PM Modi and Yeddyurappa, it is only his dream,” he said. Yeddyurappa added that sympathy would not work in Gundlupet bypoll as people had elected late H.S. Mahadevaprasad for five terms.