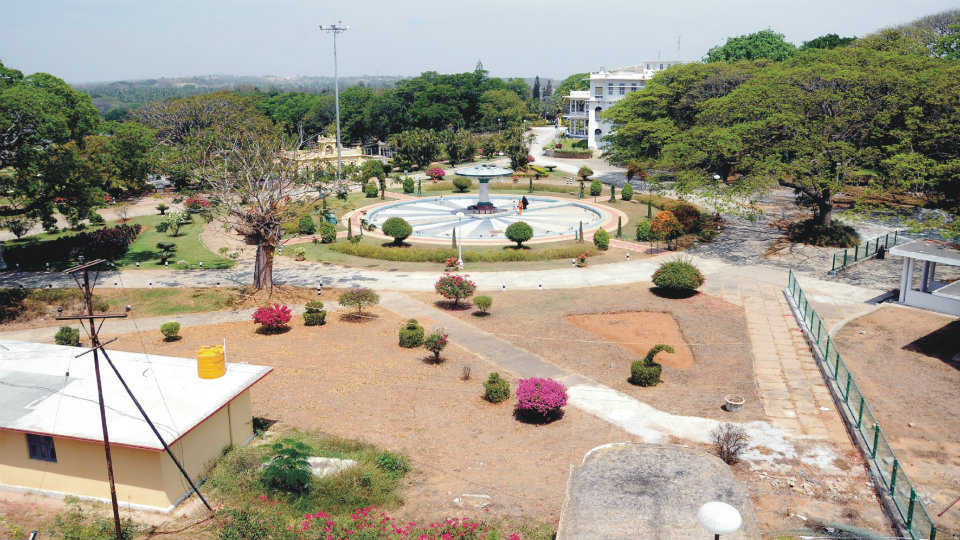 The annual footfall to the Krishna Raja Sagar (KRS) Dam and the Brindavan Gardens has shown a steady increase over the years. The Dam’s peaceful atmosphere, breathtaking views and the beautiful Mughal Gardens are attracting tourists from far and wide who want to spend some quality time.

For the record, the KRS Dam is undergoing repair works at a cost of Rs. 38.70 crore where works are being carried out to strengthen the walls, plugging leaks and cementing cracks. Further, a proposal has been sent to the State Government to give the dam a complete makeover with an estimated cost of Rs. 1,300 crore. By further beautifying the garden, the State Government is hoping to double or triple the number of tourists.

As part of the beautification plan, a 312-ft statue of Goddess Cauvery will be constructed with a base of 120 ft. and other attractions include a boating pond, children’s park, penguin park, doll museum, laser and light show, street park on the lines of Hoysala architecture, food court, architecture depicting historical monuments, botanical garden and aroma park. 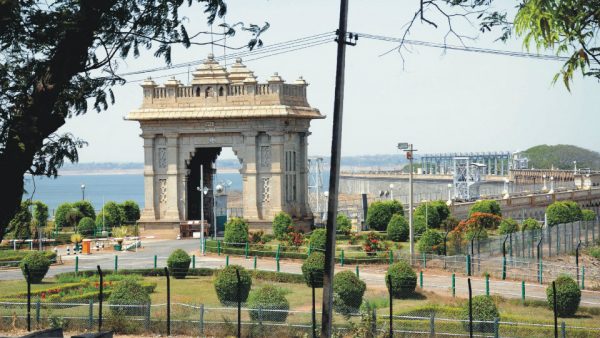 On an average, over 10,000 tourists visit KRS every day and the numbers see an increase during Dasara and peak tourism season. Once the beautification project is completed, the Government is hoping to attract over 30,000 to 50,000 tourists per day.

The garden sports a number of rare trees like Cyprus variety and Ficus panda and Ficus Starlite, Foliage plants such as Duranta Plumaria and Euphorbia, flowering plants such as a large variety of Neeriums and Alamandas, Marigold, Salvia, Zannias, Coxcombs, Celosia and Fire Bushes. Laid out on the principles of the famous Mughal Gardens, the Brindavan Gardens has Pergolas (creeper-covered walkways) and Gazebos (shelters).

Apart from rare varieties of plants and flowers, the fountains year are another major attraction, especially in the evenings when water flows amidst colourful lights and music. These include Radhakrishna and Shiva waterfalls, high-pressure fountain, Caveramma, umbrella fountain, crown, rainbow, inverted basket, arch, pyramid, mist and cross.

READ ALSO  Water release from KRS: No boating at Ranganathittu

Due to security reasons, visitors are not allowed to walk on the wall of the dam these days. Tourists can use the down-stream bridge to reach the Brindavan Gardens via the newly-constructed arch.

The 12th century Sri Venugopalaswamy Temple which has now been relocated on the periphery of the Hosa Kannambadi village. [Pics courtesy: Internet]

A large number of tourists throng the backwaters of KRS reservoir, especially during and after monsoon. The backwaters usually reach the edge of the road leading to the 12th century Sri Venugopalaswamy Temple, which has now been relocated on the periphery of the Hosa Kannambadi village.

The temple used to surface whenever the water level in the reservoir plunged, attracting a large number of devotees. A private firm decided to shift the temple from its original site to a new site on the periphery of the New Kannambadi village.

The temple complex is eye catching and once inside, a visitor feels as if he/she is in some bygone era. With the carvings and gopurams in Dravidian style, the temple is a treat for the eyes though the main deity has not yet been placed.

ONE COMMENT ON THIS POST To “KRS REALITY CHECK – 3: Over 30 lakh tourists visit Brindavan Gardens every year”