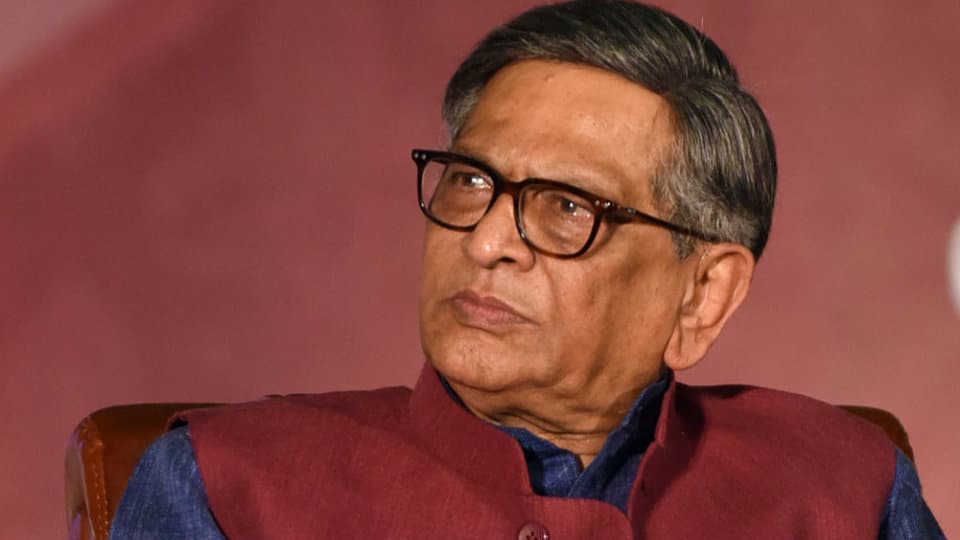 Former External Affairs Minister S.M. Krishna is all set to join BJP today in New Delhi, around seven weeks after he resigned from Congress. He will be joining BJP at around 4 pm  in the national capital.

The 84-year-old Krishna will be inducted into the saffron party in the presence of its National President Amit Shah and other leaders including former Deputy CM R. Ashok, Union Ministers H.N. Ananth Kumar and D.V. Sadananda Gowda and MLA C.T. Ravi. BJP State President and former Chief Minister B.S. Yeddyurappa will not attend the programme as he will be campaigning in Nanjangud and Gundlupet.

Krishna put off his plan to join the BJP last week after the death of his sister. Though he had reached New Delhi to hold consultations with Amit Shah and to join the party, he had to rush back to Bengaluru after hearing the news of her death.

The BJP is planning to accord a grand reception to Krishna when he arrives at the Kempegowda International Airport, Bengaluru, from New Delhi. The party wants to take him in a procession from the airport to its State Headquarters in Malleswaram while the party workers will take out a motorbike rally from the airport to the BJP office.

The former Karnataka CM had announced his resignation from Congress in January this year, saying the party was in a “state of confusion” on whether it needed mass leaders or not. He was unhappy for being ignored by the party high command.

The BJP State unit is keen to have Krishna in its fold before the by-elections to Nanjangud and Gundlupet Assembly constituencies are completed as it wants to use his political influence to its advantage.