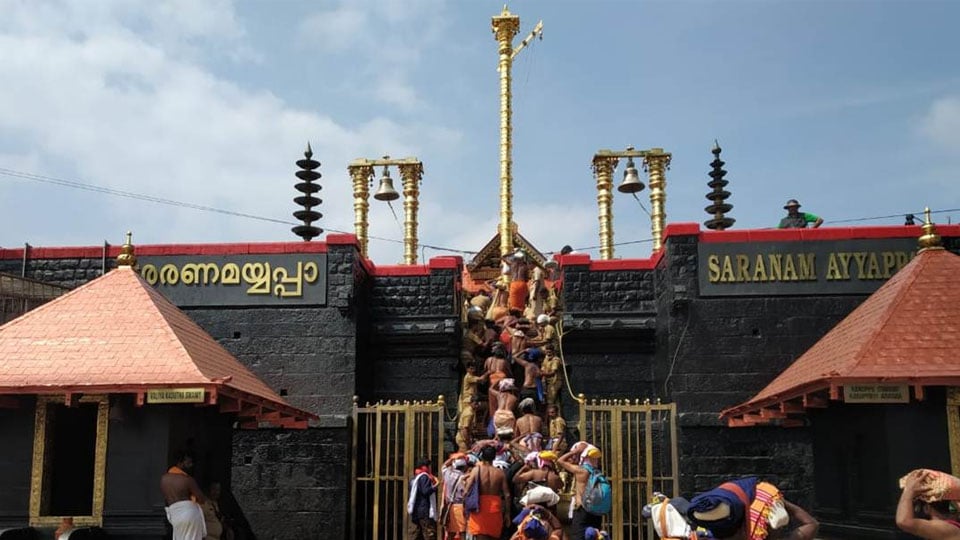 New Delhi: A Five-Judge Bench led by Chief Justice of India Ranjan Gogoi this morning referred the petitions seeking review of its previous judgment in the Sabarimala case to a larger Bench by 3:2 majority. In its September 2018 ruling, the Apex Court had lifted a ban on menstruating women from entering the Sabarimala Temple.

During the hearing this morning, Justice Gogoi, while reading the verdict on behalf of himself and Justices A.M. Khanwilkar and Indu Malhotra, said the restriction of women into religious places is not limited to Sabarimala Temple and said a Seven-Judge Bench will decide all such religious issues relating to the Temple, allowing Muslim and Parsi women to enter religious practice, entry of women in mosques and practice of female genital mutilation in the Dawoodi Bohra community. However, Justices R.F. Nariman, D.Y. Chandrachud gave dissenting verdict in the case.

“Fresh opportunities must be given to all parties. The endeavour of the petitioners was to revive a debate on religion and faith,” the Chief Justice said. Restrictions on women in religious places was not limited to Sabarimala and was prevalent in other religions too, the Court said.

On Sept. 28, 2018, a Five-Judge Bench headed by then Chief Justice Dipak Misra had delivered a landmark 4:1 ruling setting aside decades-old restrictions on the entry of women of menstrual age at the Temple. Sabarimala custodians argue that women of menstrual age are prohibited from offering prayers as the deity there, Ayyappa, is a celibate.

But since then, hardly any woman below 50 has made it to the restricted areas of the Temple amid massive protests by priests and rightwing activists. Only two women managed to defy the Temple’s ban, escorted by Policemen, in January but they faced a huge backlash. One of the women had to be hospitalised after she was attacked at home allegedly by her mother-in-law and thrown out.

Those who favour preserving the restriction on women argue that the deity Lord Ayyappa is celibate or a ‘’Nasthika Brahmachari’’ and the Supreme Court should have considered that.

During hearings, the shrine’s priests denied any discrimination against any class of citizen based on caste, gender and religion. “The fundamental right to worship also includes the character of the deity and every devotee cannot question this character which also formed part of the essential religious practice there,” the shrine’s lawyer had said.