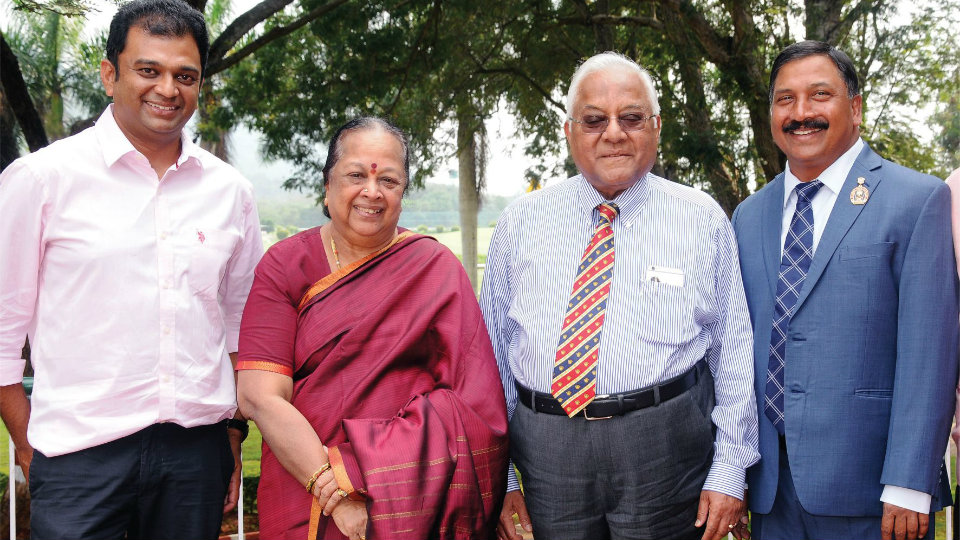 “I sacked Azharuddin much against the wishes of the Government” – 3

SOM: Chettiars have always been wealthy for generations. How do you connect with the vast poor of the country?

A.C. Muthiah: (Laughs) Chettiars is a very small and an enterprising community, mostly in Burma, Saigon, South Vietnam and Malaysia. Why we went to Burma and Malaysia? It was because of the British. They trusted the Chettiars as financiers. They said we knew how to lend money; we would borrow at two per cent here and lend it a much higher rate there. They became wealthy but lived very frugally. They spent their money on building temples. Any temple you see, they will have a Chettiar as their Trustee. Most of the temples in South India, even in the US, are built by Chettiars. They used to spend money on annadanam for the poor; give some employment in their own way. They kept the community intact. We are a very small community, about one million.

SOM: Even now your community is spread all over the world.

A.C. Muthiah: Yes, now we are more in number.

SOM: You have not forayed into politics like your cousin P. Chidambaram. Is it deliberate on your part to keep away from it?

SOM: Yes Sir, that is true. It is said that a businessman and a journalist should never get into politics.

A.C. Muthiah: Yes. My father also kept away from politics. But both my uncles were involved in politics. Raja Muthiah Chettiar was in Justice Party. He was the Minister of Education and then he was in the Congress Party. My other uncle Ramanathan Chettiar was very much involved with Indian National Congress and he was a Member of Parliament. My father never took to politics and he was friends of everybody. My uncle Ramanathan was very close to Morarji Desai.

SOM: What about Chidambaram, the former Finance Minister? Did he not  try to drag you into politics?

A.C. Muthiah: (Laughs) Chidambaram, never. He was at one stage my lawyer and his wife Nalini was my lawyer too. He never influenced me in any way.

SOM: Rarely generations after generations are successful. But, your son Ashwin Muthiah has continued the success story by pulling SPIC back from the brink. How do you feel about it?

A.C. Muthiah: I feel very proud about it. He has done a good job under my guidance. Now I have given him the reins. I am the Chairman Emeritus and he is the Executive Chairman for all our Groups. He is doing well and I am proud of him. But, he was brought up in that way.

SOM: In Hindi there is a saying ‘Haveli ki umar saat saal’ which means that the life of any business family is for a maximum of sixty years. But it is something remarkable that your family has been continuing for generations.

A.C. Muthiah: Yes, yes. We keep focused on business and if there are any changes, we change with the times.

SOM: Madam, I believe you have a Ph.D in Tamil and you were conferred the Doctorate just two years ago. Is it from Annamalai University?

Devaki Muthiah: I have done Ph.D in Tamil on a saint called Karaikkal Ammaiyar. She is one of the 63 Shaiva saints.

A.C. Muthiah: She was the first to do it in Tamil.

Devaki Muthiah: No, from Madras University. I have done my M.Phil also. This Karaikkal Ammaiyar is of Chettiar  origin and is considered one of the greatest figures of Tamil literature. I am one of the first to do work on her.

SOM: Sir, do you have any Kodagu connections?

A.C. Muthiah: No, but I had estates in Hassan with a few acreage of coffee. The property price was much higher than the yield of coffee. Anyway it was not in our line of business. Hence, I sold it off. Now after taking over MAM’s Trust, we have some properties near Mercara.

SOM: Was the Trust formed after MAM’s demise?

A.C. Muthiah: No, I formed the Trust during his lifetime just before his passing away. In fact, he asked me to take everything to our own Trust. I said I don’t want to do that. I told him, we will create a Trust in your name and it has to be popularised. I formed a Trust in his name and the horses are all in the Trust name, including his personal properties.

SOM: What is the Trust called?

A.C. Muthiah:  It is called Dr. M. A. M. Ramaswamy Chettiar Charitable Trust. We sponsor races also because he was so fond of racing. In the last Invitation Cup in Bengaluru, I sponsored the Stayers Cup.

SOM: How well do you know Prime Minister Modi?

A.C. Muthiah: When I was the President of the BCCI, Narendra Modi was the Chief Minister of Gujarat and also the President of the State Cricket Association where he continued for two more terms. I used to meet him in FICCI also. He had come for Jayalalithaa’s swearing-in. At that time, he met me. After that I have not kept in touch with him.

READ ALSO  India, Pak closest neighbours, there can be so much give ‘n’ take, Says A.S. Dulat, former Chief of Research and Analysis Wing

SOM: You did not feel the need to be in touch with him?

A.C. Muthiah: No, no, I don’t want to. When people get to that position what is the point in going and disturbing them. There is a saying by Abraham Lincoln, “Nearly all men can stand adversity, but if you want to test a man’s character, give him power.” But I am sure if I ask for an interview, he would definitely give me.

SOM: Did he know anything about Cricket?

A.C. Muthiah: No, he was just the President of the Gujarat Cricket Association.

SOM: Was that the time Parthiv Patel came?

A.C. Muthiah: Parthiv debuted in the year 2002 during Jagmohan Dalmiya’s time. Raj Singh Dungarpur was my predecessor and Jagmohan Dalmiya was my successor.  Raj Singh was such a dear friend of mine that when I had put down Azharuddin, he came to me and literally wept. He said, what are you doing, he is one of the top batsmen in the country and you cannot put him down. I told him, ‘Raj in this matter, you don’t interfere.’ Because that fellow (Azharuddin) was so blatant, he was making run outs. In one of the matches in Sharjah between Indian and Pakistan, the Pakistan Board Secretary came and told us, when N.K.P. Salve, who was the Board Chairman and we were all sitting there, ‘Sir, you just see three wickets will fall.’ Salve and we were all stunned. He asked him (Pakistan Board Secretary) how do you profess this? The Secretary said, just watch sir.

So first wicket, Azhar tempts the batsman for a run, and he is run out, second wicket, he runs out the next batsman and the third wicket again Azhar runs him out.

SOM: He must have made tons of money.

A.C. Muthiah: Bishen Singh Bedi told me that he made lots of money. But there was a tragedy. He lost his son in a road accident and his wife Sangeeta also left him.

SOM: He was such a graceful player.

A.C. Muthiah: Money will not get you happiness. But again the Board has cleared him. He joined the Congress and became the Member of Parliament. Then it looks like there is no meaning in all this.