Home » Voice of The Reader » Salutations to Swami Harshanandaji Maharaj 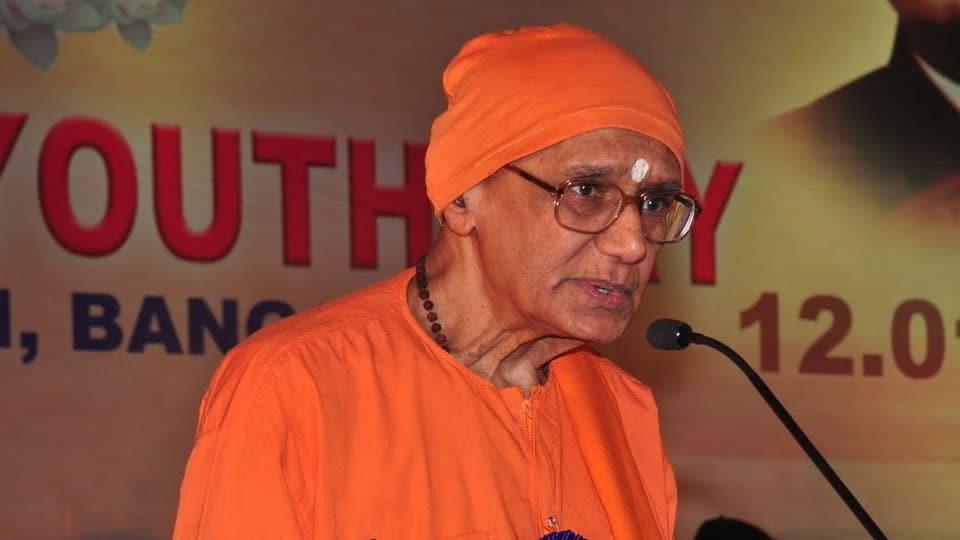 It was indeed sad to read about the demise of Swami Harshanandaji Maharaj (Star of Mysore dated Jan.13). As I was closely associated with the Swamiji in my younger days, I would like to share my reminiscences with him.

I started visiting Sri Ramakrishna Ashram in Mysuru when I was aged 6 years in 1960s for eight years — as a member of “TARUNA SANGHA” at the Ashram. There were about 25 boys like me, some High School students also. We went to the Ashram in the evenings daily. Poojya Swamiji taught us Bhajans, Bhagavadgita, Sanatana Dharma, Adhyatma, Vedanta, teachings of Sri Ramakrishna, Swami Vivekananda, Sharadadevi and so on.

The Swamiji was a genius and a well-learned scholar. He even taught us Science and Maths and knew each boy by name.

He taught us about the moral values of life, conducted competitions in debate, Gita chanting and sports. He played football and cricket with us. Swamiji gave discourses for the public also on some days of the week on philosophy, Gita etc., and performed evening puja actively which was a spectacular scene. He sang Bhajans, playing harmonium and made all of us participate. He involved all of us during Jayanthi celebrations of Sri Ramakrishna, Sri Sharadadevi and Swami Vivekananda.

Passing away of the Swamiji is a great loss to all those who knew him and to the society at large. The legacy which he has left behind is enormous. All my salutations to Him.