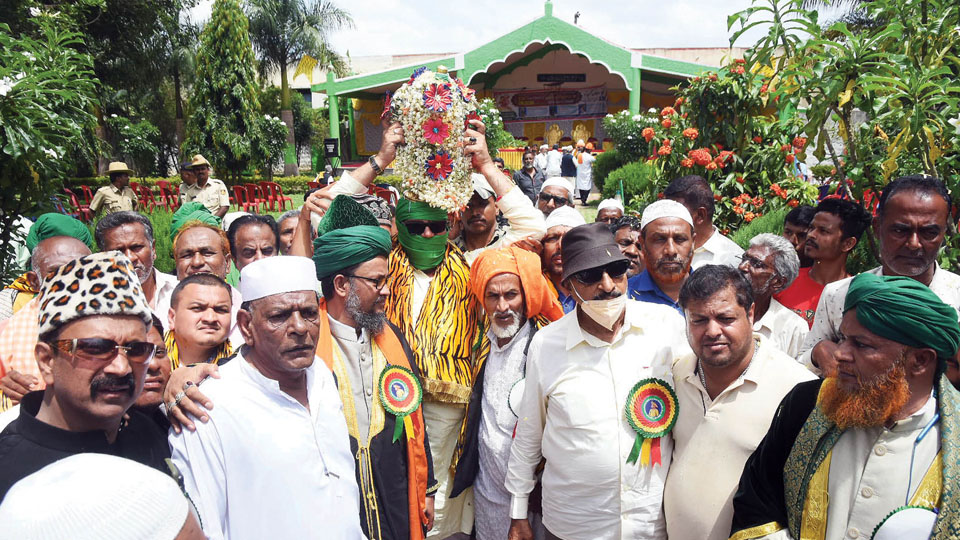 A stage programme was organised by Hazarath Tipu Sultan Welfare and Urus Committee at the Tipu Hall in Meena Bazar which was followed by a procession.

The MLA later sat in a chariot and the procession, accompanied by Sufi Saints and others, passed through Ashoka Road and St. Philomena’s Church Circle to reach Bada Makhan near Tipu Circle, where the holy sandal was placed in a truck and taken to Gumbad-e-Shahi in Srirangapatna.