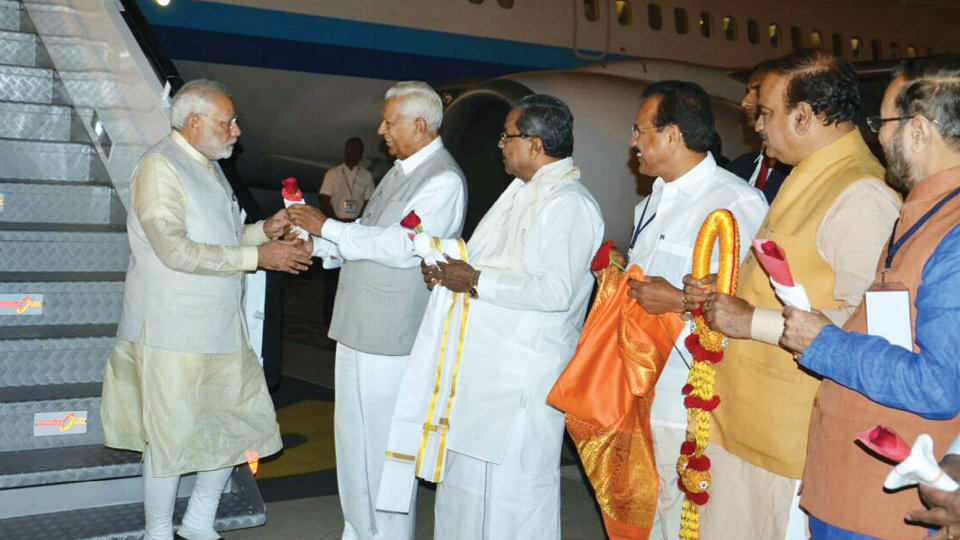 Mysuru: Prime Minister Narendra Modi arrived in the city last night in his special plane that landed at the Mysore Airport in Mandakalli.

Modi arrived in Mysuru from Mumbai after laying the foundation stone for the Navi Mumbai International Airport, expected to witness its first flight operations by December 2019. The plane arrived at 11 pm as per schedule and the dignitaries including the Governor and the CM waited at the airport for some time before the Air Traffic Controller signalled the arrival of PM’s plane. As the plane approached the runway, a posse of security men were on high alert.

Modi was dressed in his trade-mark cream-coloured jacket and was wearing a matching beige-colour kurta and white pyjama with a black footwear. As soon as he climbed down from the plane, the Governor received him first and CM Siddharamaiah draped a gold-thread lined angavastram around Modi’s neck and both the leaders exchanged pleasantries. Later, other dignitaries welcomed the PM. 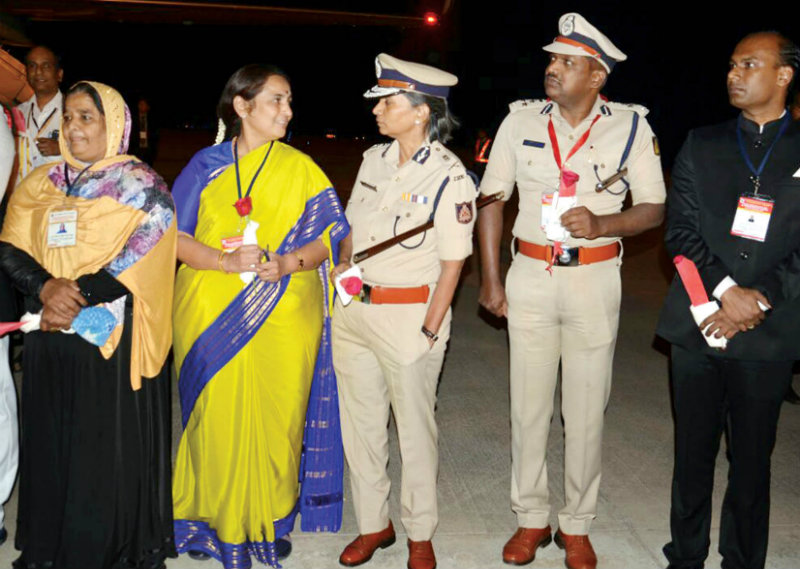 Modi travels in Boeing 747-400 (call sign Air India One), though not all-that state-of-the-art, but is quite the flying fortress. The aircraft is operated as VIP flight by the Indian Air Force (IAF) and is constantly monitored by IAF from Palam, New Delhi.

The Special Protection Group (SPG), responsible for PM’s security, had cordoned off the Mysore Airport hours before the plane arrived and only VIP vehicles were allowed inside after a thorough screening. Public vehicles were not allowed.

As the PM’s cavalcade, accompanied by high-security armoured vehicles, moved towards Hotel Radisson Blu where Modi stayed last night, hundreds of people lined up on both sides of the road chanting “Modi, Modi” and holding the National Flag. 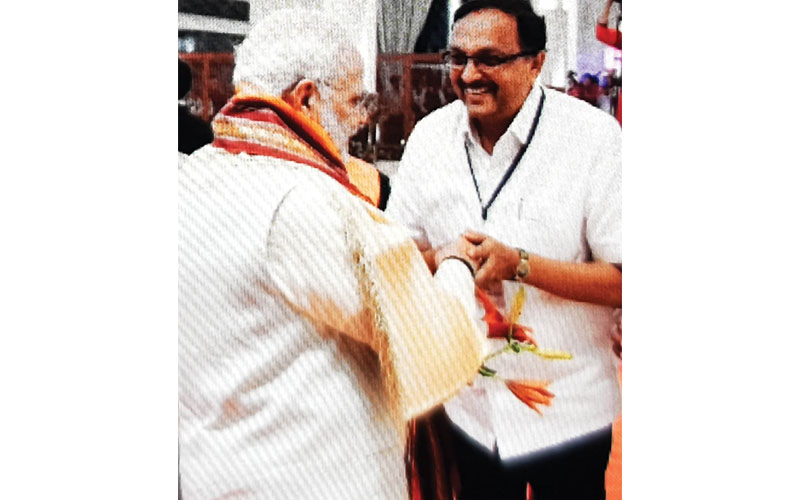 All the roads leading to Radisson Blu were blocked for the PM’s convoy to pass. The SPG team had literally taken over the hotel for PM’s security. They had kept a plush guest accommodation at the Infosys campus as a stand-by for Modi. 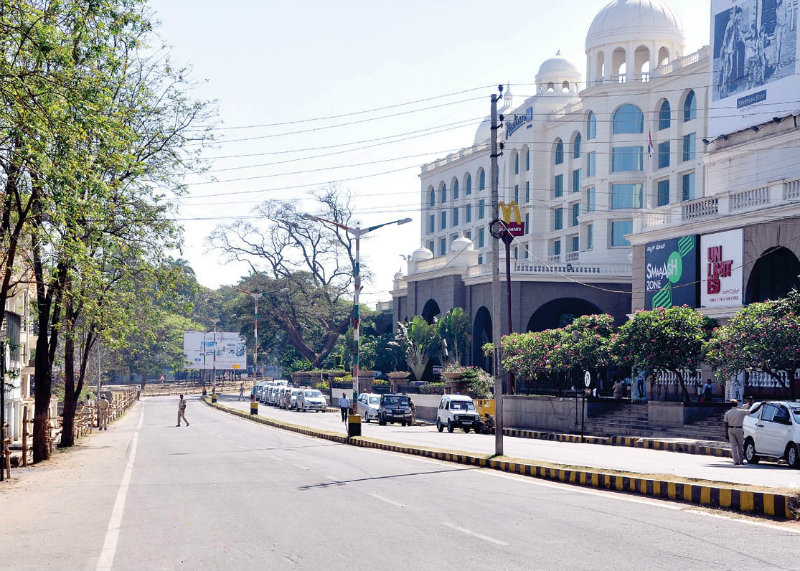 The otherwise busy M.G. Road leading to Radisson Blu Hotel, seen at right, blocked for the PM’s convoy to pass through smoothly.

The SPG team had rounded off Radisson Blu and Infosys campus for the PM’s stay as the Lalitha Mahal Palace Hotel, where the Presidents and Prime Ministers stay, had been booked months in advance.