Home » Columns » Say sorry even if you are right ! 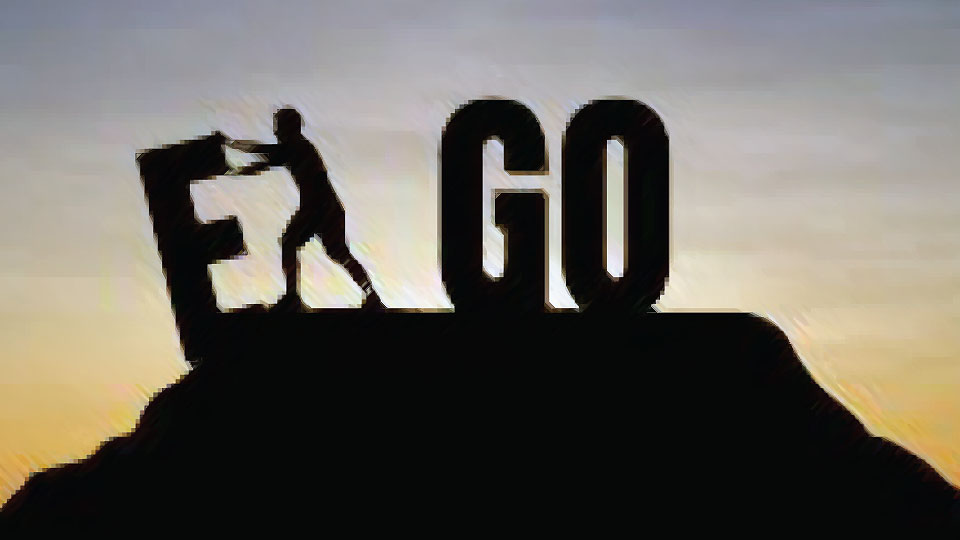 Say sorry even if you are right !

This is the  real  incident in the life of Shri Gopal Das, a Monk, as narrated by him to a gathering of his disciples:

Due to some differences,  I  stopped talking with my father and this went on for about two years. What was the reason: a simple three letter word “ego.” My mother was trying to persuade both of us to patch up. Just before I became a Monk, I had gone to our home. My father started to plead with me to forgive him and suddenly without any indication of the same, he fell on my feet asking me to forgive him. I  was stunned and did not know how to react. However, due to the constant and gentle persuasion of my mother, we started to talk to each other. But a guilt feeling was over me for having made my father touch my feet.

Years passed and one day I got a call from my mother that my father had a heart attack and had passed away suddenly. I went for the cremation, gently touched his feet and with tears rolling  down, I said “sorry.” Then I realised that even though I had become a Monk, “ego” had not left me and that was the reason I could not say sorry to my father when he was alive and now it was too late as he was lying lifeless.

You should not make the same mistake I have made. Say sorry, even if you are right, if it can save a relationship. The Monk was humble enough to admit that he had not conquered “ego.” On a lighter note, this should be easy for menfolk since when dealing with their better halves, they have to say ‘sorry’ hundred times, even if they are right  most of the time.

Every one from a Chairman of a company to a Peon have their own sense of “ego” but this should not come in the way of relationship. Wealth creates so many hurdles in relationships. If one just sits down and visualises, one can see that as one climbs up the success ladder, how certain friends and relationships fall by the wayside. After retirement, one has lots of time to think about the past and I too regret having destroyed many a relationship due to false sense of “ego.”

A close friend of mine too had gone through this dilemma once when he had to choose between maintaining a relationship or destroying it in a case pertaining to an ancestral property. His father had claimed his share of the ancestral property but in such cases, the grandson has very minor share in the property. When his grandfather’s property was being divided, somehow the uncles ignored his minority share rights and partitioned their properties.  My friend asked my opinion and since I knew some top legal experts, I asked him to consult a top lawyer in this matter. We approached a senior lawyer, late Srinivas Achar, an authority on Hindu Succession Law.

The gentleman sat patiently and heard us out. He also  made a  family tree and since he was from Mysuru, he knew the approximate value of the property in question. He took about 15 minutes to compute the approximate share of my friend. His final advice, “Sir, your minority share of the property would come to about Rs. 1.5 lakh. But to get this you have to send legal notices to all your uncles and cousins. The case may linger for years. Your relationships with your near and dear ones would turn sour and become bitter. Is it worth it? So my advice to you would be to drop the idea of litigation and go on with your life. If the property value had been substantial, I would have asked you to go ahead with the litigation.”

READ ALSO  American Dreams - 4: Halloween is not complete without pumpkins!

What a sensible advice and that too from a lawyer asking an interested party not to litigate!  Even till date my friend’s relationship with his near and dear is cordial and he is very happy about it. One third of the litigations would be finished if only we look at it objectively. The worst offenders in filing appeals are the Government Departments. They just appeal to Higher Courts, even when they have weak cases, just to satisfy their egos. This is the reason we have thousands of pending meaningless cases all over the country.

Many of us are sometimes put in a position of crossroads in life when one has to choose between the devil and the deep sea. Either way, the loss is ours. But if one adheres to the Guru Mantra of “Say sorry even if you are right” then many a relationships are saved, making the world a better place to live in.