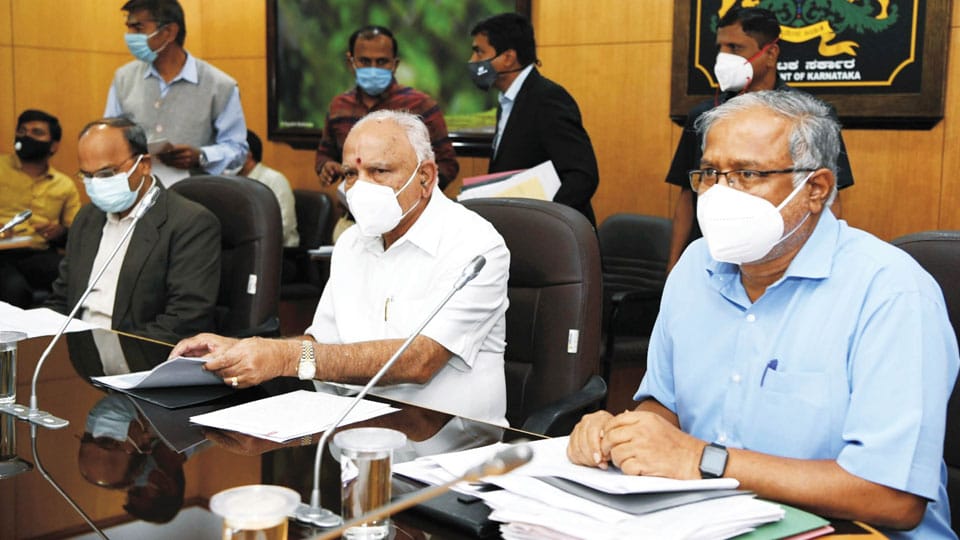 No classes in December; SSLC, II PU exam dates to be announced soon

Bengaluru: It is now certain, Schools and PU Colleges will not re-open in the State in December.

Making an official announcement in this regard at Vidhana Soudha here this morning, Chief Minister B.S. Yediyurappa said that Schools running classes from 1st std. to II PUC will not re-open in December. However, the Government will hold another meeting by December end to take stock of COVID-19 situation and then decide on the date of re-opening.

CM’s announcement comes after he held a meeting with some of his Cabinet colleagues this noon to discuss the  recommendations of COVID-19 Technical Advisory Committee, headed by Dr. M.K. Sudarshan, which reportedly submitted its report to the Government yesterday.

Prior to the submission of its report, the Committee had held  a meeting yesterday (Nov.22), during which it took note of the spike in cases in Delhi, Haryana, Rajasthan and Gujarat.It also pointed out that the cold climate in December and January is conducive to the spread of respiratory infections.

“The State is witnessing a declining trend of COVID caseloads in the past couple of weeks, with around 1,700 cases and 20 deaths being reported daily for the past several days. In such an improving scenario, it is important to consolidate the gains that is made after great efforts in the last eight months to contain the spread of the pandemic,” the minutes of the meeting said.

The Committee also noted that Graduate and Post-Graduate Degree Colleges have re-opened from Nov.17 and the attendance has been poor in all Colleges due to various reasons. Besides, Medical, Dental and Paramedical Colleges coming under RGUHS are scheduled to open from Dec.1. The impact of re-opening of these Colleges will be known in the coming days, the Panel observed.

The Chief Minister’s meeting was also attended by officials from Education, Social Welfare and Health Departments at Vidhana Soudha this noon. The CM sought inputs on additional precautionary and safety measures that can be taken to ensure the health of the students if and when the Schools re-open.

After the Chief Minister’s meeting, Primary and Secondary Education Minister S. Suresh Kumar told presspersons that the tentative dates for SSLC and PUC  board exams will be announced shortly.