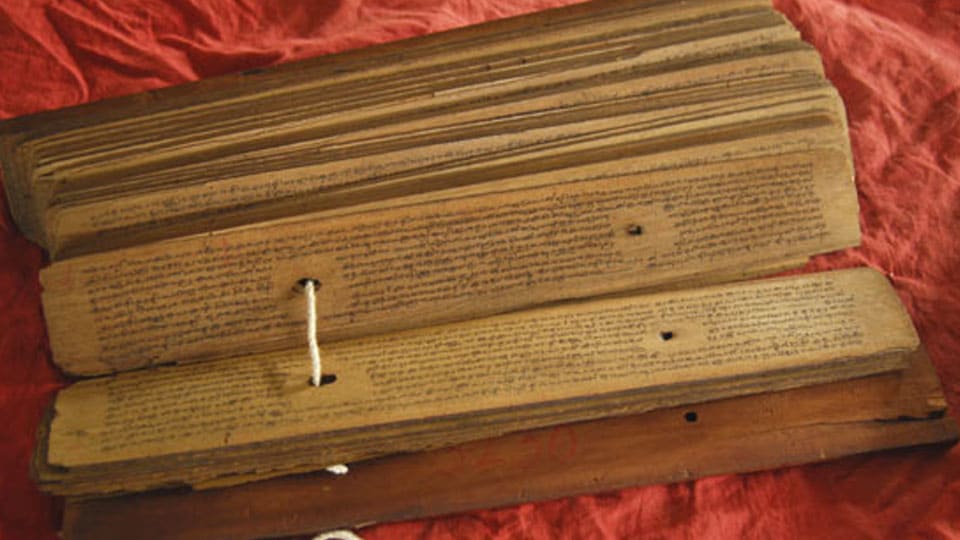 Writings of the land’s philosophers and scholars in Sanskrit and Prakrit dating back to ancient times scripted on palm leaf that are stored in the many archives such as the Mysuru-based Oriental Research Institute (ORI) provide an insight into the ways of the life of people far different from the ways of current generation. While the stock of palm leaf writings that has been saved to present times for the research teams to unravel the information and knowledge generated by the land’s people in ancient times is considered to be a fraction of their creation, and the paintings on the interiors of many caves such as Ajanta and Ellora have faded, innumerable sculptures of centuries vintage are testimony to the refinement the land’s people of a distant past brought to bear in their society. One of the highly rated works of the land’s luminaries in various fields such as mathematics, healthcare, art, statecraft and so on, discovered more than 100 years ago by a scholar in the Mysuru Institute is the Arthashastra by Vishnu Gupta, also known as Koutilya of the Court of Chandragupta Mourya about 2,500 years ago.

The script of the four Vedas (Rigveda, Yajurveda, Saamaveda and Atharvaveda), according to scholars, was passed on from one generation to the next verbally for many centuries long before the text was written on palm leaf, due to which practice the Vedas were called shruthi (hearing). We are currently thick in the digital era witnessing the search engine Google to access information in the unfathomable ocean called the Internet instantly.

Thanks to the rapidly rising pace of life driven by advances in technology, material science and boundless use of energy resources including fossil fuels and electricity, people at large seem to be in no frame of mind to make time for learning from whatever the ancient scripts and sculptures portray about the society of a distant past. The not-much-appreciated expression Simple Living, High Thinking, life’s guiding principle of past generations merits to be debated in the circles of scholars aimed at enlightening the present generation, particularly the urban millennials experiencing restlessness and feeling lost, barring exceptions.

Archaeologists are learnt to have embarked upon the project of unearthing unprotected artefacts in the nature of monuments and sculptures containing scripts including dialects, many of which have become defunct in Karnataka. The project’s participants have their task cut out in inducing contemporary society to steady its rocking ship as it were.