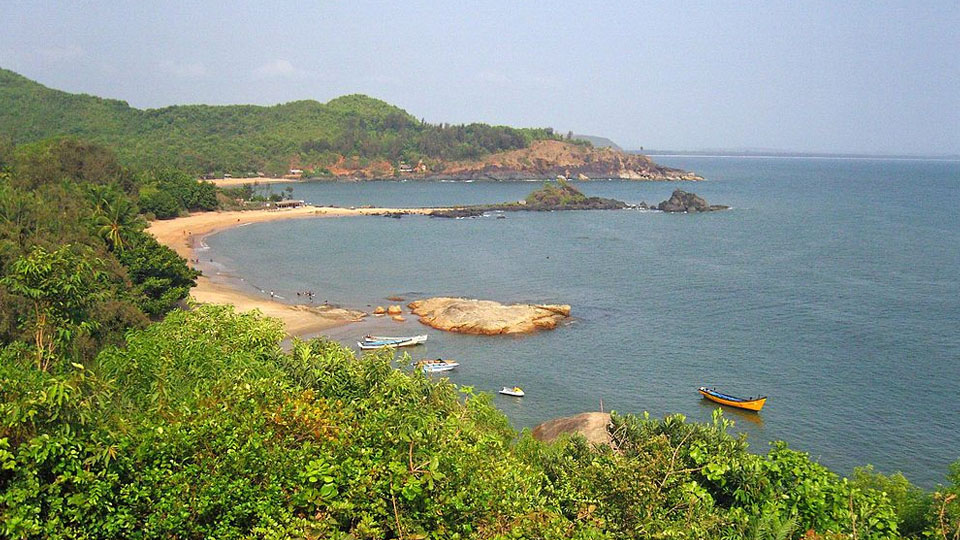 Mysore/Mysuru: Two students, who were among eight students from city on a tour to Gokarna in Karwar District, drowned in the sea yesterday morning.

The deceased students are Ullas (16), son of Gangadhar and a resident of Sunnadakeri 7th Cross and Suhas (17), a resident of J.P. Nagar. While the body of Suhas has been fished out from the sea yesterday and brought to city, the body of Ullas was found this morning.

Suhas and Ullas, along with others as Lokesh, Ranjith (brother of Ullas), Lohith, Darshan, Shivashankar and Karthik, left Mysuru on Sept. 15 on a tour in a rented SUV. On Tuesday, they visited Kalasa, Horanadu and Kuduremukha in Chikkamagalur District and reached Sringeri in the night where they had the darshan of Goddess Sharadambe and stayed overnight.

The students left Sringeri next morning and visited Agumbe and Murdeshwara and reached Gokarna in Karwar district on Wednesday evening, where they stayed overnight.

Yesterday morning, the group visited Gokarna Beach that is known for its turbulence and ventured into the sea for a swim. High waves and water currents swept away Ullas and Suhas. Other students, who saw Ullas and Suhas being swept away, screamed for help.

Rehman, the driver of the rented SUV, who was nearby, heard their screams immediately alerted the localites who informed Gokarna Police Sub-Inspector Naveen Nayak. The Police rushed to the spot and summoned Fire and Emergency Service personnel and expert swimmers. They managed to fish out the body of Suhas from the sea at about 1 pm yesterday.

Gokarna Police, who registered a case, shifted the body of Suhas to Government Hospital mortuary where a post-mortem was conducted. Later the body was handed over to family members, who later brought the body to Mysuru.

Meanwhile, parents and guardians of the remaining six students rushed to Gokarna yesterday morning on hearing the news of the tragedy and have  reached Gokarna.

The body of Ullas was fished out this morning and has been shifted to Government Hospital mortuary where a post-mortem will be conducted. The body will later be hand over to family members.