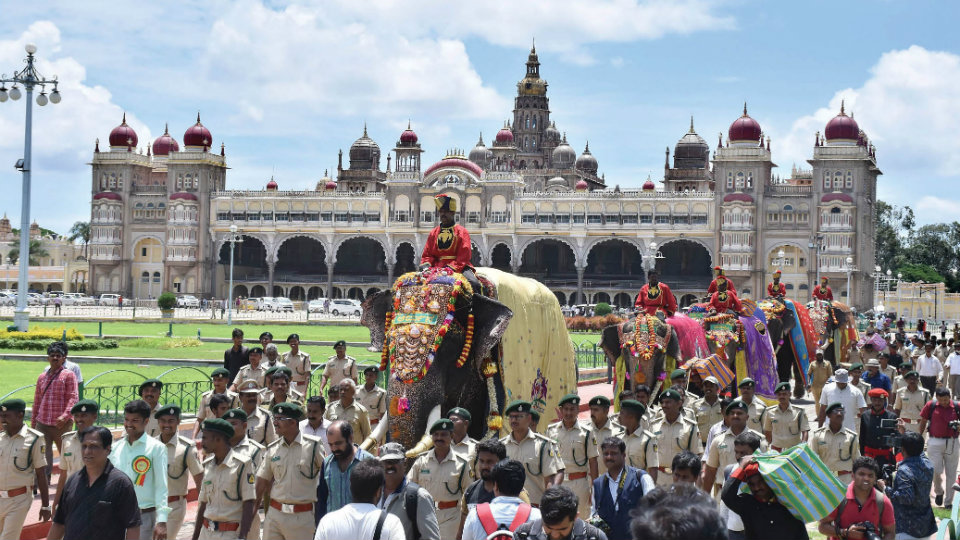 Mysuru: The second batch of eight elephants to participate in Dasara Festival will arrive from various elephant camps at Mysore Palace premises tomorrow.

However, Balarama, 61, from Mattigodu camp has already arrived in city.

The first batch of six Dasara elephants — Arjuna, Abhimanyu, Dhananjaya, Eshwara, Varalakshmi and Vijaya had arrived at Aranya Bhavan in Ashokapuram here on Aug. 22 and later entered the Palace premises on Aug. 26.

The members of the second batch — Cauvery, 41, Vikrama, 46 and Gopi, 37 from Dubare; Durga Parameshwari, 52 from K. Gudi; Jayaprakash, 57, Lakshmi, 17 and Rohit, 19 from Rampura (Bandipur) will  arrive tomorrow. Jayaprakash, Lakshmi and Rohit are new inclusions for Dasara not to exclude Eshwara of the first batch.

Out of the four new-comers Rohit and Lakshmi will be additional elephants to be included in the rehearsals but it is yet to be decided regarding their participation in the procession.