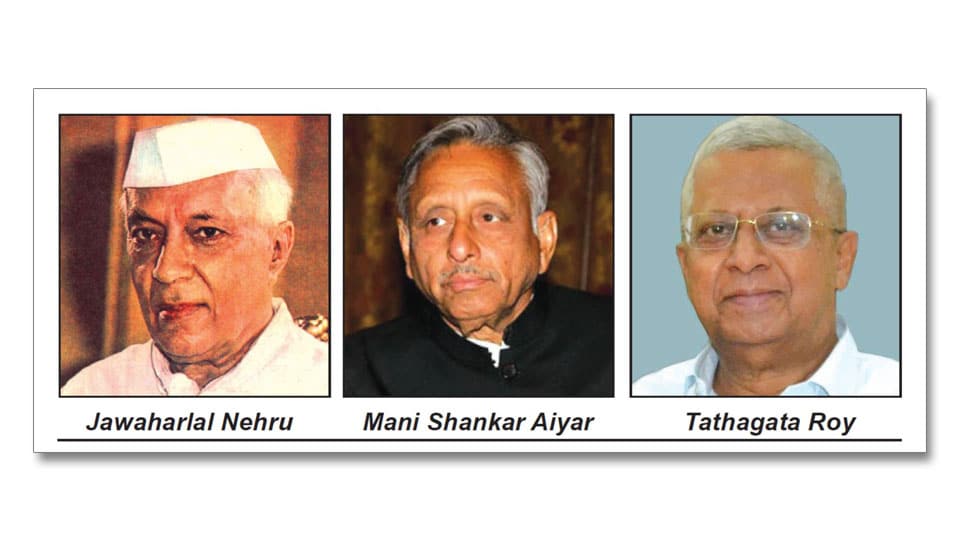 “He had tried to bring in an alien philosophy of secularism which didn’t work, isn’t working… which we have seen over the years has not given rise to amity between religions.

“It has given rise to, in fact, two Partitions, and eventually it has not succeeded,” Roy said here at the ‘World Confluence of Humanity, Power, and Spirituality’ organised by SREI.

He was reacting to Congress veteran Mani Shankar Aiyar’s assertion that it is important to rediscover Nehruvian India.

“At this moment in our history, it is becoming imperative that we rediscover Nehruvian India to battle other ideas of India which are challenging what was stated to be the national consensus through our freedom movement and through the first few decades of our Independence,” Aiyar said at the event.

“Couple of days back in an editorial in a popular Bengali daily, a scribe was writing that somebody had asked Nehru as to ‘what would be your principal task upon having become the Prime Minister of an independent country.’ He thought for a moment (so wrote the scribe) and said, ‘my job would be to take the country away from religion’.”

“In other words, what he was trying to do is finding a way of driving a square peg in a round hole. He didn’t succeed. He didn’t realise the essential plurality of India.”

Roy attributed the co-existence of multiple faiths to Sanatan Dharma.

“What has made this co-existence possible… it can only be called Sanatan Dharma which allows a catholicity of faiths to exist under its umbrella where you can accept God as a human being, as a male, as a female, as a child or as a non-being.

“It is this umbrella nature of Sanatan Dharma which has made it possible for so many different faiths and thoughts to exist in this country like nowhere else… This Sanatan Dharma… which Nehru had missed.”

Later, Roy also tweeted: “Crossed swords with Mani Shankar Aiyar. Said India`s plurality is essentially due to the umbrella-like nature of Sanatan Dharma and not to the version of secularism that Nehru tried to thrust down its throat.”