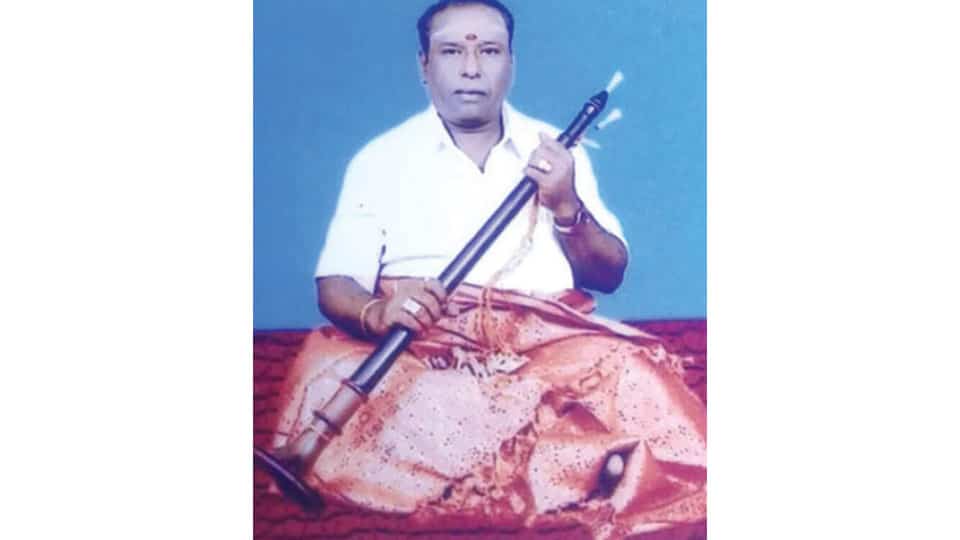 The 56-year-old Rangaswamy is a native of Ramasamudra in Chamarajanagar district and has an experience of 30 years in playing Nadaswara.

Rangaswamy’s father and grandfather too were musicians. After initial music training from his father, he trained under Nadaswara Vidwan Kunjappa from Tamil Nadu.

Vid. Rangaswamy has performed in neighbouring States like Tamil Nadu, Kerala and Andhra Pradesh apart from Chamarajanagar, Hassan, Mysuru and Mandya. He has also given musical programme in Doordarshan channel.

He has been honoured with many awards from various organisations in recognition of his contribution towards music.

Speaking to Star of Mysore about being selected for ‘Karnataka Kalashree’ award, Vid. Rangaswamy said: “I am extremely happy that Karnataka Sangeeta Nritya Academy has selected me for the award considering my service to the field of music. I will continue to serve music throughout my life.”