Home » News » If you send GTD to Jail, we will ensure he wins from there, HDK tells CM 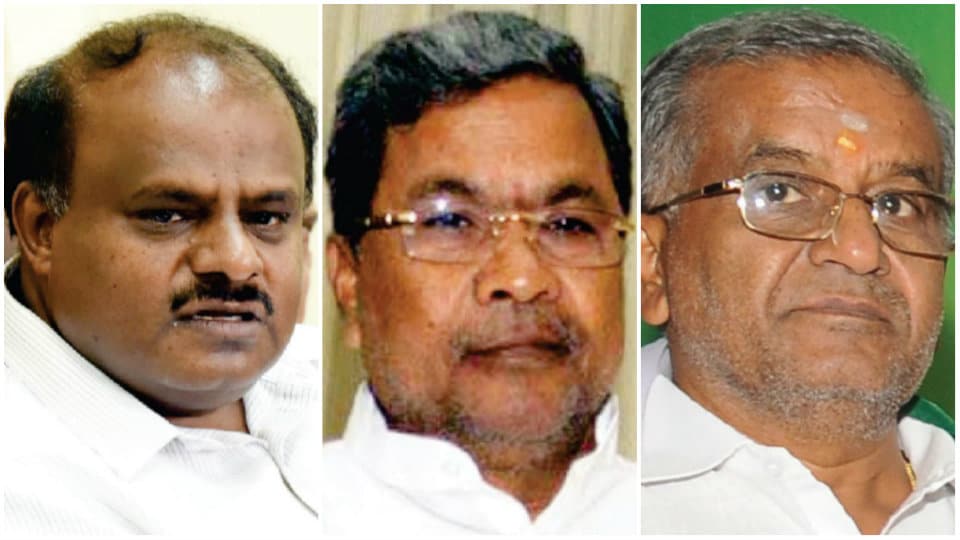 If you send GTD to Jail, we will ensure he wins from there, HDK tells CM

Addressing media persons in Bengaluru, he alleged that Siddharamaiah’s “personal surveys” had pointed at his defeat in Chamundeshwari. With an intention of “demoralising” Devegowda, who is all set to challenge him in Chamundeshwari, the CM had included his (G.T. Devegowda’s) name in the Karnataka Housing Board scam, he alleged.

“The issue was raised in the Assembly four years back and now the case has been transferred to ACB to gain a political upper hand. The CM is conspiring to send G.T. Devegowda to jail. Let me tell Siddharamaiah we will fight the election from jail and ensure Devegowda’s victory from jail,” he said.

Kumaraswamy also alleged that Siddharamaiah was pressurising Devegowda to join the Congress or else prepare to go to jail. He went on to say that Siddharamaiah’s political career would end with GTD defeating him in Chamundeshwari.

Suspecting a concerted effort against his party by the Congress government, Kumaraswamy contended that the case of alleged irregularities in KHB was found to be baseless back in 2011. “Yet, the government has raised the issue to hound Devegowda. Similarly, though I was not named in the Janthakal mining case, they have included my name,” he said. Instead of taking on political opponents head-on, Siddharamaiah is using the services of Kempaiah, Adviser to Home Minister, to “threaten” them, he alleged.

Kumaraswamy also alleged that the Siddharamaiah government was involved in a Rs. 2,000 crore scam and said that records pertaining to it will be released soon. The irregularities, he said, was related to Mysore Minerals Ltd. Over 10 lakh tonnes of ore was illegally transported, with the knowledge of the CM, to Jindal Steel. Supporting documents will be made public shortly, he added.