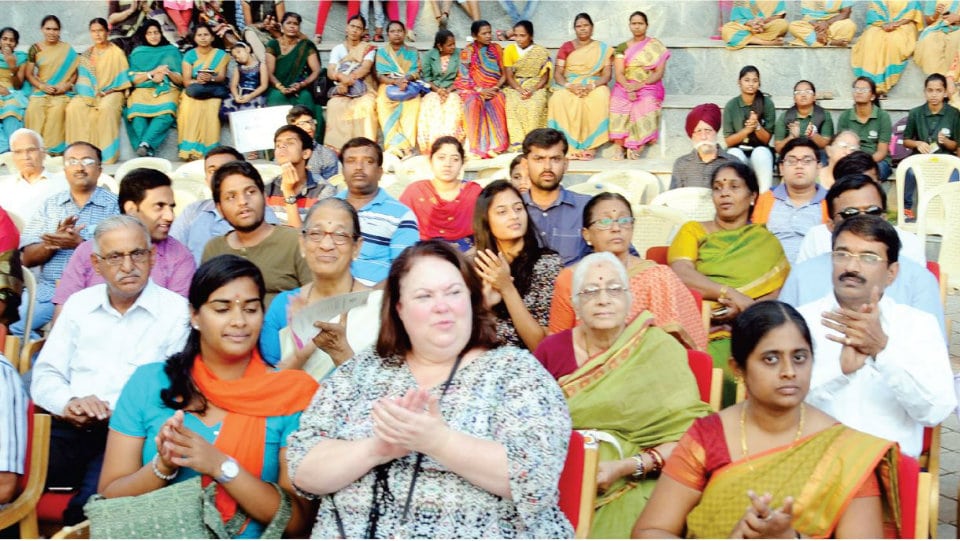 SOM: I believe you train gorillas and elephants.

Anne Knapp: Yes, I train gorillas. I was only a keeper of elephants in Dallas, Texas and I was on free contact like they do here. So, I would walk along with the animal. Now in the United States you need to be a Member of Association of Zoos and Aquariums (AZA). It is an accrediting body that has a very high standard. You are only required to work in protected contact. We do not do direct contact with elephants anymore as it is discouraged.

SOM: How do you maintain tigers and lions?

Anne Knapp: It is a matter of how we quickly train them. It also depends on the animal. If the animal is food-motivated, it is easier or if the animal is moving around it is a lot easier.

SOM: What about birds?

Anne Knapp: In fact we train birds to come down to a sound. When they hear the sound, we toss out some worms. We also have free-running peacocks and they are all out even during winter in Boston.

SOM: Can you share your experience with the gorillas?

Anne Knapp: We have gorillas and I am told that a gorilla died here years back. They asked me if I could give a gorilla to the Mysuru Zoo and I told them I cannot promise them anything. We cannot send gorillas. It is very difficult to make international exchanges.  Only when you establish contact with some countries you can have exchanges like Singapore and Germany. There are all kinds of permit requirements of the two countries that would like to exchange. You always make sure that the animal is coming from the shortest distance. There are such things like studbook keepers. There is an international studbook keeper for gorillas and I am going to put them in touch with that person.

SOM: What is a studbook keeper?

Anne Knapp: A studbook keeper is one who keeps a family tree. For instance, he keeps track of every gorilla in captivity. There is one who lives in Frankfurt, Germany, who is doing this.

SOM: How do you train Gorillas?

Anne Knapp: Gorillas are trained on voice commands to present different body parts in an event they need to be treated. They open their mouth and hold their eyes still. One of the most complex behaviours they do is to press their chest against the mesh and hold still when ECG is being done. Previously they could do it only when they were anesthetised.

SOM: How did you become a Zoo-keeper?

Anne Knapp: I actually started out as a dancer and doing theatre.

SOM: Are you from Boston?

Anne Knapp: I grew up in Michigan. I took a degree in nursing and started taking biology classes. I went to a career fair, picked up a brochure and I turned it over and the last thing on the list was Zoo-keeper. I thought it was far more interesting than humans. I have always loved animals and it never occurred to me that I could do my work and love it. So then I started to volunteer in a small Zoo in my home town Michigan. I worked for one more year in the theatre before I put myself into school. And I have been working in the Zoo ever since. My theatre friends used to tease me saying people work in the Zoo until they get into theatre. They don’t work in theatre to become a Zoo-keeper. But for me it was the other way round.

SOM: Do you miss theatre?

READ ALSO  Interview with B. Saroja Devi, the Queen of Tamil Cinema - 1

Anne Knapp: I miss some aspects. I do a lot of teaching and that is a part of performance.

SOM: How did you qualify yourself to become a Zookeeper?

Anne Knapp: I got a degree in biology, volunteered in small Zoos earlier. Now it is lot more competitive and my heart goes out to students as it is very difficult to get in. That is the reason I started the internship programme at the Boston Zoo, I knew it is difficult to get experience. So I have developed a programme where you don’t have to have experience. We have classes that go along with it and I think we have had almost 400 students from 1998, interning with us as Zoo-keepers.

SOM: How many departments are there in Boston Zoo?

Anne Knapp: Yes, there is lot more and that is another interesting thing as American Zoos are commercial. We have marketing departments, special events, rentals, for example you can hire the Zoo premises for a wedding or a birthday party and there is a developmental department for donors. 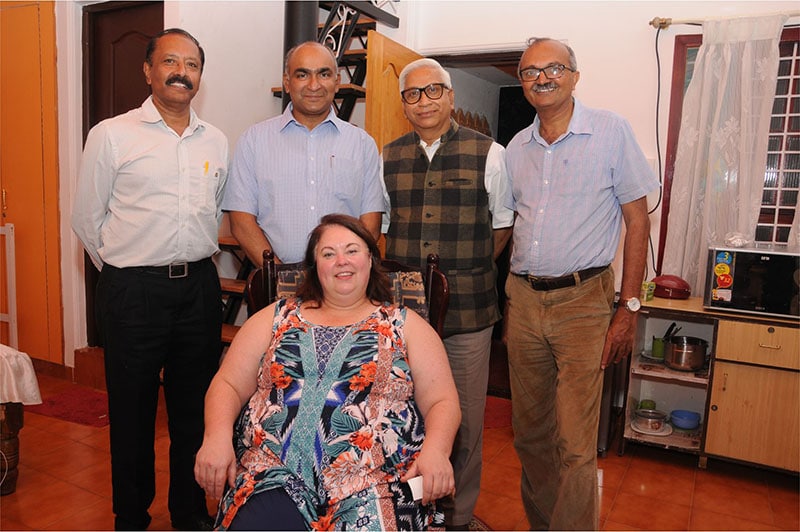 SOM: A few days ago we had Children’s Day and the entry was free for children, do you do something like that?

Anne Knapp: No, we do not have anything like that at all.

SOM: November 19, they say is Children’s Day world over?

Anne Knapp: Is that so? We do have Free Fun Friday – one Friday in summertime. On a busy day we get five or six thousand visitors. On a Free Fun Friday, we might have 25,000 visitors. It is a devastating blow for the Zoo on one day.  Every Tuesday we have team building and organisational exercise. Ravishankar (Mysuru Zoo Executive Director) tells me on a busy day they have 40,000 people for the samesize Zoo. It seems like a natural disaster to me.