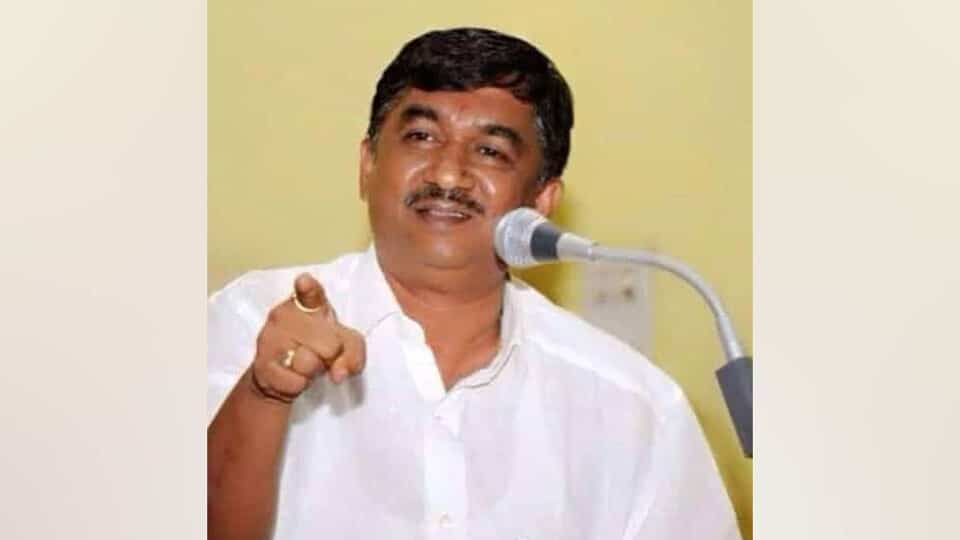 Mysuru: Decrying the ongoing protests across the country against the Citizenship Amendment Act (CAA), senior BJP leader and former KEA Chairman Kautilya Raghu has said that the agitations were part of a bigger conspiracy to undermine the growing supremacy of India in the global map.

In a press release, Raghu accused Congress leaders of fanning violence across the country in the name of CAA.

Maintaining that the CAA has been brought in to protect the rights of genuine countrymen, Raghu alleged that concerted efforts are being made to malign the country’s image through false propaganda.

Alleging that anti-national forces were behind the protests, Raghu asserted that the CAA does not target any religion or individual and is aimed at protecting the identity and rights of every citizen of the country.

Blaming the Congress for the protests, he said that the Congress is misleading the people through false propaganda about CAA and is instilling unnecessary fear among the minorities, just for the sake of consolidating it’s vote bank.

Accusing former Chief Minister Siddharamaiah of making irresponsible statements regarding CAA, Raghu warned that the political parties opposing the Act may have to pay a big price in the future if they continued to oppose the Act, which was very much in national interest.

Noting that the political parties opposing the Act seems to have not learnt any lesson from their electoral defeat, he warned that the people of the country would teach a lesson to the Congress and other parties for unnecessarily raising a hue and cry over the CAA.

Recalling Poet Laureate Kuvempu’s message of peace and harmony, Raghu argued that the tricks being played by political parties and disruptive forces would not work here as the people of the State always stand for peace and harmony.

He also warned that anti-social elements who are out to disturb peace and harmony in the country would be taught a befitting lesson, if they continued with their treacherous acts, the release said.