Home » Voice of The Reader » A senior citizen’s ordeal at K.R. Hospital to obtain ‘disability certificate’ 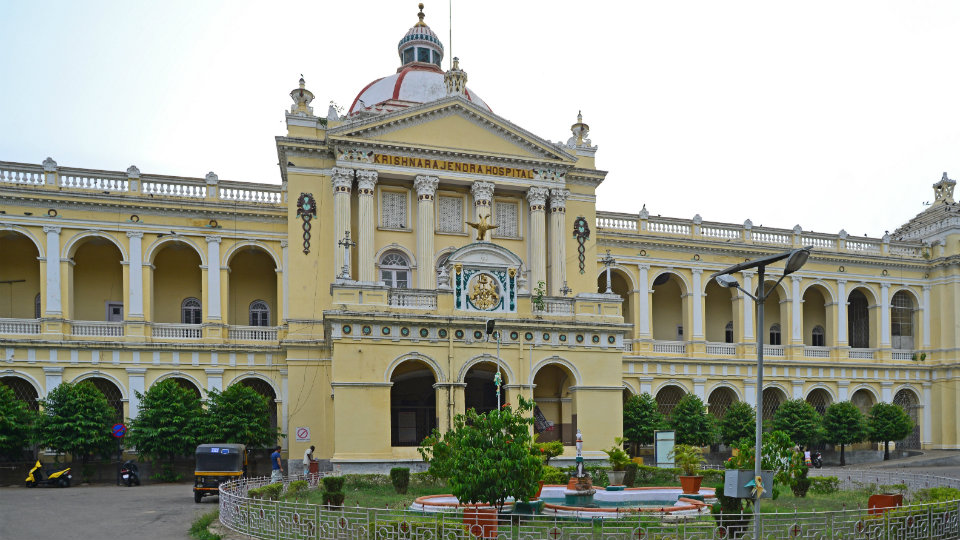 I am a senior citizen who until recently advised UN Security Council as well as Government of India.  My younger brother, who has congenital hydrocephalus and has recently undergone surgery for spinal cord decongestion, is unable to walk well.  We went to buy a four-wheeler scooter for him and were told by the scooter dealer as well as RTO that he will require a ‘disability certificate’, for which only K.R. Hospital is authorised in town.

I went over with my brother to the hospital and the counter that issues disability certificate was not attended for over an hour.  I stood at the counter and when finally the person came, there was no semblance of an orderly counselling.  Although I was the first in the queue, I was pushed to the last and there was no one managing the people.  And I couldn’t push through a cluster of women who dominated the counter for quite a while.

When I reached the counter clerk finally, I was asked to go to OPD, get a slip and then meet an Orthopaedic first.  With my brother who has difficulty even to stand for long, I stood in the queue before the cabin of an Orthopaedic Associate Professor.  After about an hour of standing in the queue and as I went in and mentioned to the doctor that I have come seeking a disability certificate for my brother and presented him with the documents, he got up and asked me to come in the afternoon and went away.

We stood again in the queue that afternoon for another hour and met him.  He checked my brother and asked us to go and seek an opinion from a Neurologist in the hospital.

The Neurology OPD, I was told, works only 2 days a week and over a hundred people throng the place when it opens.  There is absolutely no order.  We went the next day early in the morning and presented the OPD card to the door assistant.  After over 3 hours, we could see the Neurologist, who after checking, advised that we should get an X-ray of the neck.  We then stood before the X-ray lab for several hours again and by evening got the X-ray done.  We were then asked to return the next day for the report, because, the X-ray machine apparently went out of order soon after.

The next day, after much jostling, we could get to talk to the staff of X-ray lab, who were extremely uncooperative.  After several hours of wait, we were told that our OPD card with the case history written by the doctor is nowhere to be seen.  Neither they had the X ray of my brother taken the previous evening nor the OPD card.

So, after three days of running around, standing in long queues and putting a handicapped brother in a lot of difficulty of standing in the corridors without a seat, we were back to square one.  We were left to begin the process all over again.

I do not know why the Government has authorised only their most inefficient health outfit as the only agency from where we can obtain disability certificate.  On top of it all, K.R. Hospital is just a living hell, being most chaotic.  Even the rooms of administrative officers are always empty and we have no idea how to get things done in a civilised manner.

Hope someone concerned at K.R. Hospital will put the house in order.  As for us, I have no idea how to get a disability certificate for someone who genuinely needs it.  And I am extremely concerned that our desire to provide a minimal mobility to a physically disabled member of the family seems to be too much to ask for in a totally unsympathetic and inefficient system.