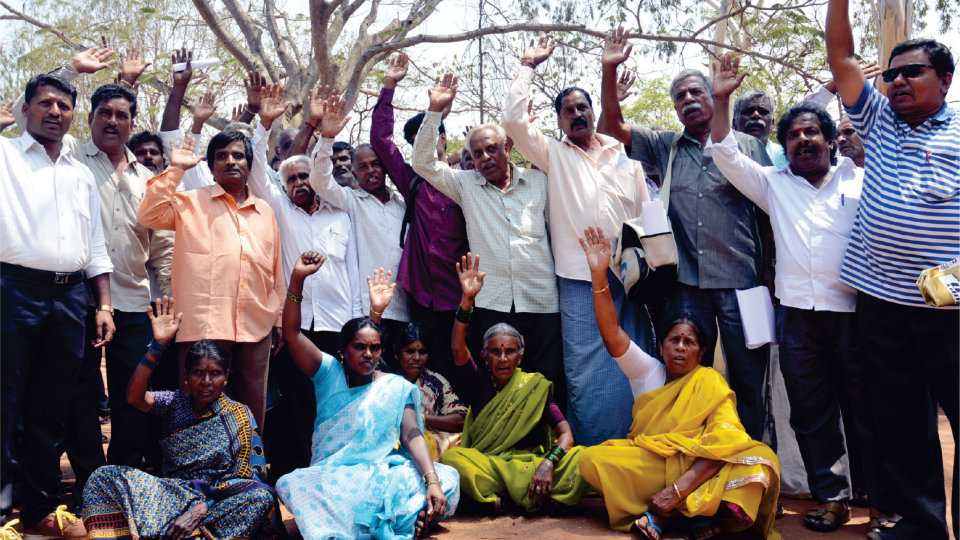 It was a day of protests in city on Monday, with many organisations staging demonstrations seeking fulfilment of their demands at different locations in the city.

The employees also demanded statutory benefits such as DA, HRA, Earned Leave (EL), pension etc., on the lines of those provided to regular employees.

Activists of Suvarna Karnataka Rakshana Vedike staged a demonstration in  front of Crawford Hall, demanding sacking of a part-time employee of the Education Department for allegedly assaulting a dalit law student over an old feud.

Alleging that law student T.M. Durgaprasad was assaulted by part-time employee Lokesh, the protesters urged the authorities to sack Lokesh and render justice to the dalit student.

Vedike President M. Lingaraju and others led the protest. 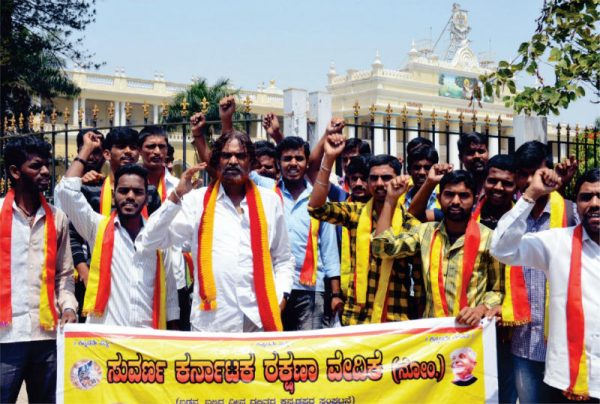 Opposing the release of Telugu film Bahubali-2 in theatres of the State, activists of Kannada Kranti Dal staged a demonstration near Gandhiji’s bust opposite the city Law Courts Complex.

Alleging that actor Satyaraj, who has played the role of ‘Kattapa’ in the film, had insulted Kannadigas over the Cauvery water row, the protesters urged the exhibitors not to release the  film in any theatres of the State.

Kranti Dal President Gurudatt and others led the protest. 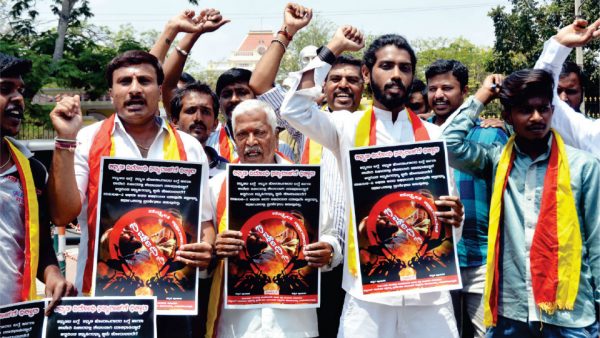