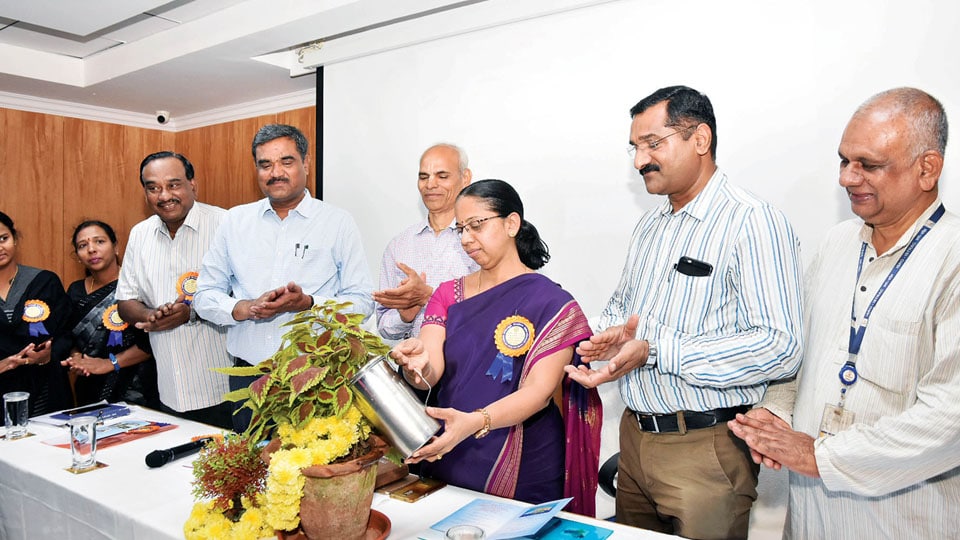 B.T. Kantharaju, Director, Directorate of Ground-water, Bengaluru, who spoke after releasing a Handbook on ‘Ground-water’, said that according to a latest report, 46 out of the 176 taluks in State have witnessed sharp decline in ground-water levels and are staring at acute water crisis in the coming days.

Pointing out that there were 8 lakh borewells in the State, including 6 lakh for agriculture, 1 lakh for drinking water and 1 lakh unauthorised ones, Kantharaju said that there were equal number of failed borewells, which is a matter of serious concern.

Highlighting the effects of dried up borewells, he said that polluted water coming out of borewells have been a cause of severe concern, which needs to be addressed at the earliest. He  said that better supply and demand management will help save water for future generations.

Speaking after inaugurating, ZP CEO K. Jyothi stressed on the need for educating people on judicious use of drinking water as many people had failed to realise the serious consequences of indiscreet use of water.

She said that many studies have shown that ground-water levels in most parts of the State are dropping sharply more than expected and expressed serious concerns over the quality of ground-water available as water beneath the earth is getting polluted due to industrialisation and other earthly factors.

Jyothi also lamented that guidelines regarding augmentation of ground-water levels are not being strictly followed due to several factors and stressed on the need for carrying out awareness and sensitisation programmes on saving ground and underground water among all stake-holders.

SIUD Director G. Venkatesh Kadagadakai underlined the importance of rain water harvesting and water re-cycling for domestic and industrial use.