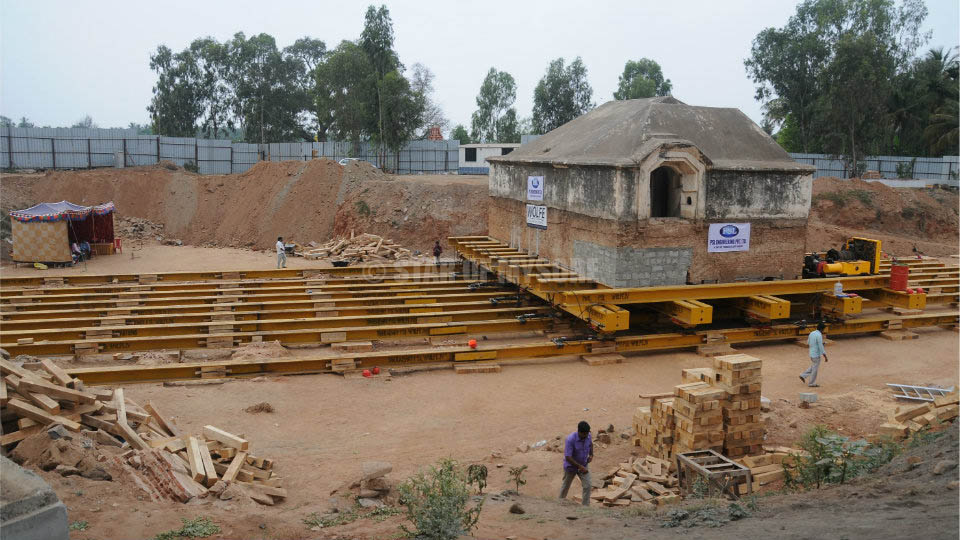 The works on shifting Tipu’s armoury finally began this morning to make way for the completion of Mysuru-Bengaluru Railway double track in Srirangapatna near Mysuru.

Expert engineers, architects and monument shifting experts, who conducted a test to find out the feasibility to move the structure, were successful and the historic structure was moved by 8 metres by using Hydraulic Body Push Rams till we went to the Press today.

The process of relocating the armoury completely to another site, which is 100 metres away from the original site, requires   at least four days.

Sources said that the relocating process, which will continue upto 5.30 pm today, would go on for three to four days until the structure is relocated completely to the new place. The structure will be moved for about 20 metres daily, sources added. 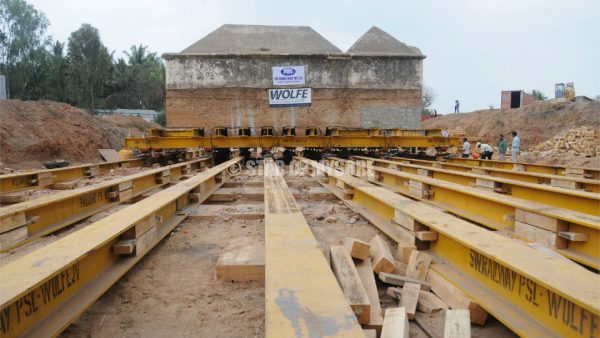 American company PSL-Wolfe Private Limited and New Delhi-based PSL Engineering have taken up the works of relocating the armoury for which the Railways is spending about Rs. 13.5 crore.

It may be recalled that architects, ground engineers and monument shifting experts had lifted the nearly 1000-tonne armoury last month and had placed it on a series of iron piers for support and to be moved.

The digging process around the semi-buried armoury began about five months ago and the path through which the armoury would be carried to the new location has been readied. Steel fabrics for all the beams had been fixed. It may be recalled, Mysuru-Kodagu MP Pratap Simha, who visited the spot on Feb. 23, had inspected the lifting process of the structure besides holding talks with the engineers.

According to the officials supervising the shifting process, the armoury, used by Tipu Sultan to store gunpowder and weapons, was  built to withstand vagaries of weather for the gunpowder to stay in a ready-to-use condition.