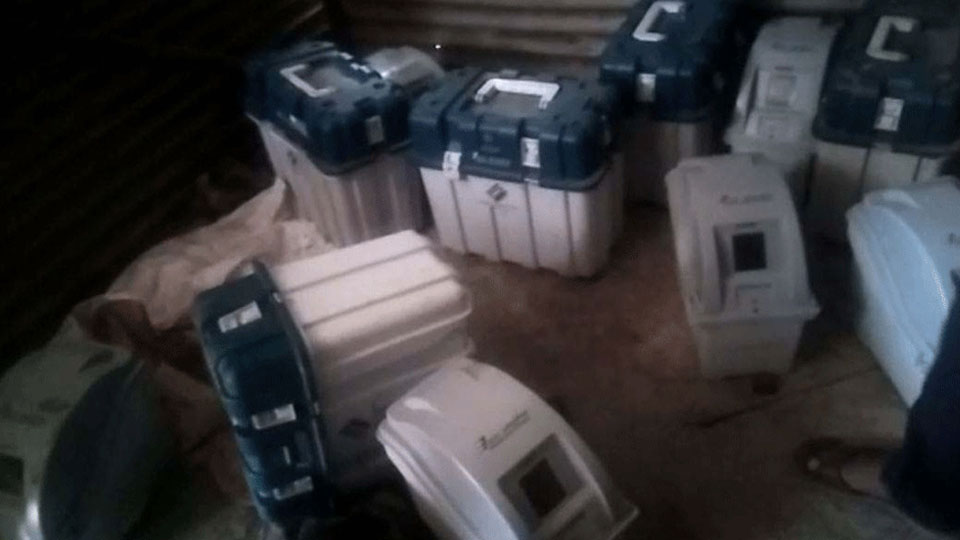 Mysuru:  Alleging that the VVPAT machines found dumped at a secluded place in Vijayapura district was the handiwork of former Minister and Babaleshwar Congress MLA M.B. Patil, MP Shobha Karandlaje has demanded a through probe into how the machines were accessed by some in the first place.

Addressing a press meet at Pathrakarthara Bhavan here this morning, Shobha said that BJP Babaleshwar candidate Vijugouda Patil had complained to the Election Commission  authorities about rampant malpractices and irregularities on the polling day itself. But the authorities failed to act on the complaint, she alleged.

Now that the VVPATs found dumped lends credence to rampant malpractices, Shobha, apart from demanding a thorough probe into the matter, urged the Election Commission to order re-poll in Bableshwar Constituency and also ensure free and fair polls.

Terming Congress-JD(S) post poll alliance as the most opportunist in her lifetime, she said that the Government will not last long and would fall under the coalition’s own contradictions.