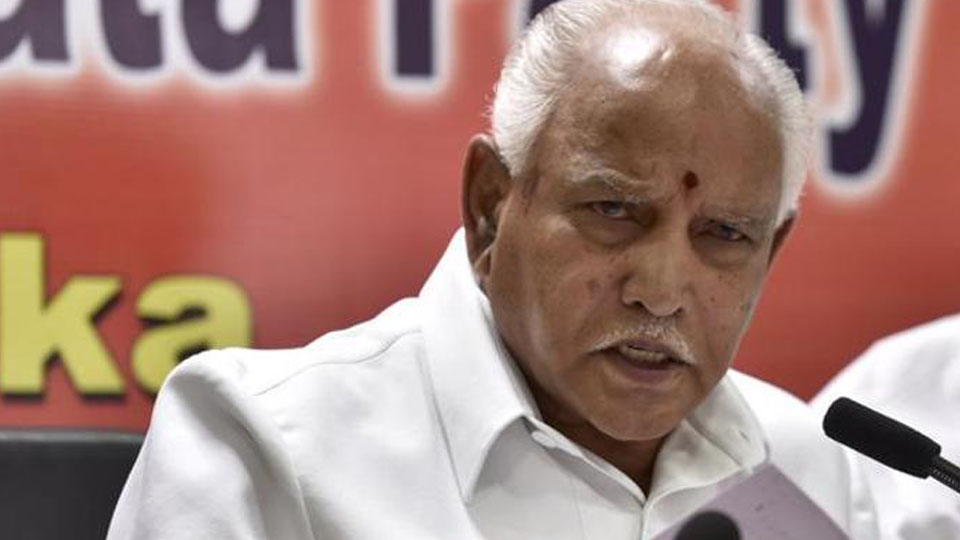 Bengaluru: A couple of days after stepping down as Chief Minister, having failed to prove majority in the floor of the House on Saturday, former CM and State BJP Chief B.S. Yeddyurappa will hold meeting with defeated party candidates tomorrow.

Speaking to media persons here yesterday, Yeddyurappa said that the meeting will take place at a private hotel at   5 pm tomorrow.

Pointing out that several BJP candidates had lost by a thin margin, the State BJP Chief said the meeting will discuss the factors that led to the defeat.

He further said that the BJP will chart out its further course of action once the Congress-JD(S) coalition Government constitutes the Cabinet.