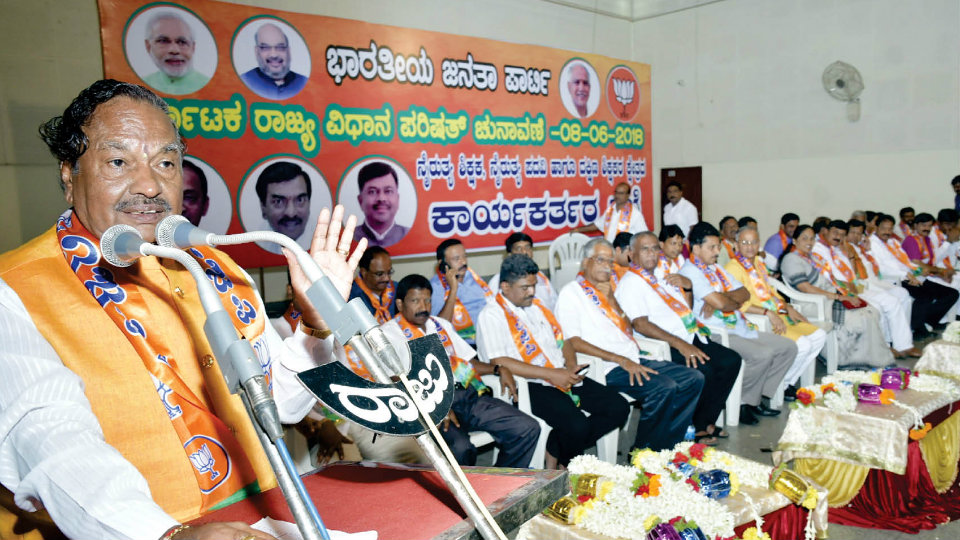 Mysuru:  With Legislative Council Polls from Teacher’s Constituencies scheduled to be held on June 8, District and City BJP Units had organised a meeting of  BJP activists at Rajendra Bhavan on Ramanuja Road here this morning.

Addressing the party activists, MLA K.S. Eshwarappa asked the party members to focus on Council Polls and told them not to be disheartened by BJP not coming to power in the State. He asserted that the unethical and opportunistic alliance between Congress and JD(S) would not last beyond three months owing to simmering disgruntlement on sharing of Ministerial berths. He asked the activists to garner support for Council polls which would be a stepping stone for future success.

Meanwhile, MP Shobha Karandlaje asked the activists of the party to be united at all times and concentrate on Council Polls.