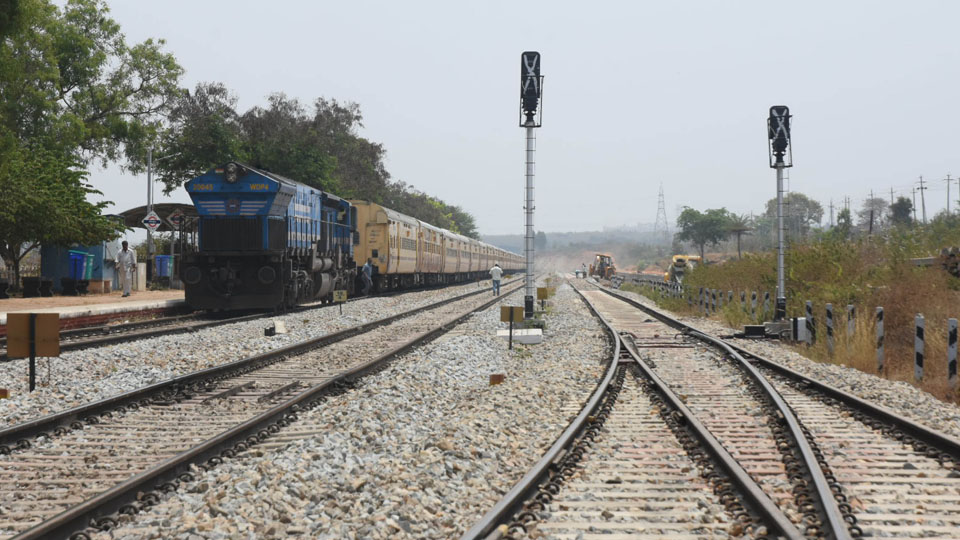 Mysore/Mysuru: The Union Railway Ministry has directed the South Western Railway (SWR), headquartered in Hubballi, to conduct a survey of a new Railway line from Shravanabelagola in Hassan to Madikeri and Kushalnagar.

The letter, dated May 12, 2022, signed by Pankaj Kumar, Director, Project Monitoring of the Railway Board, asks the SWR to commence the survey for Shravanabelagola to Madikeri line that will run via Holenarasipur, Arkalagud, Konanur and reach Kushalnagar.

The Railway Board has fixed Rs. 58,50,000 for the survey of the 117-km new line. The sanction has been obtained from the Finance Directorate of the Ministry of Railways, says the letter.

The land acquisition process is expected to begin soon for this project that was green-lighted and funds were allocated in the Railways’ Pink Book in 2019 and this particular line will pass through Yelwal, Bilikere, Uddur, Hunsur, Sathegala, Periyapatna, Doddahonnur to reach Koppa village near Kushalnagar.

Meanwhile, the SWR has mentioned on its website under ‘summary of survey projects as of September 2021’ that the survey for the 272-km new line from Mysuru to Mangaluru via Madikeri has been dropped as the Forest Department did not accord clearance as it will lead to widespread destruction of forest land in Madikeri Taluk.

The Mysuru-Belagola-Kushalnagar Railway line has been mentioned under the ongoing project sanctioned category on the website. It has to be seen if the Forest Department will accord permission to the Shravanabelagola-Madikeri-Kushalnagar Railway as this project too entails cutting down thousands of trees from Kushalnagar to Madikeri which has many reserve forests.