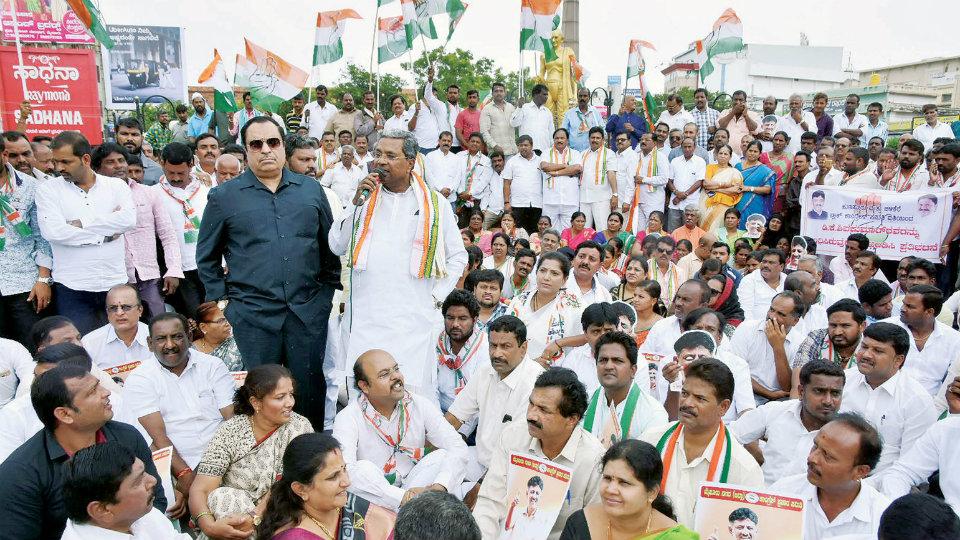 Alleging that Modi and Shah had targeted Shivakumar purely for political reasons, Siddharamaiah said that following directions from the KPCC, the Congress will hold demonstrations at all taluk centres across the State tomorrow, to press for the immediate release of DKS.

Siddharamaiah also accused Modi and Shah of trying to create a ‘fear psychosis’ among Congress leaders by arresting party leaders such as P. Chidambaram and Shivakumar. Questioning the Enforcement Directorate’s (ED) motive behind the arrest of Shivakumar, Siddu said the arrest of DKS was totally uncalled for when he (DKS) had co-operated with the investigation.

Claiming that he (Siddu) himself being an advocate very much knew about the arrest process, Siddharamaiah wondered why the ED arrested Shivakumar without a warrant. Former Minister C.M. Ibrahim, who also addressed the protestors, lashed out at the BJP Governments at the Centre and the State.