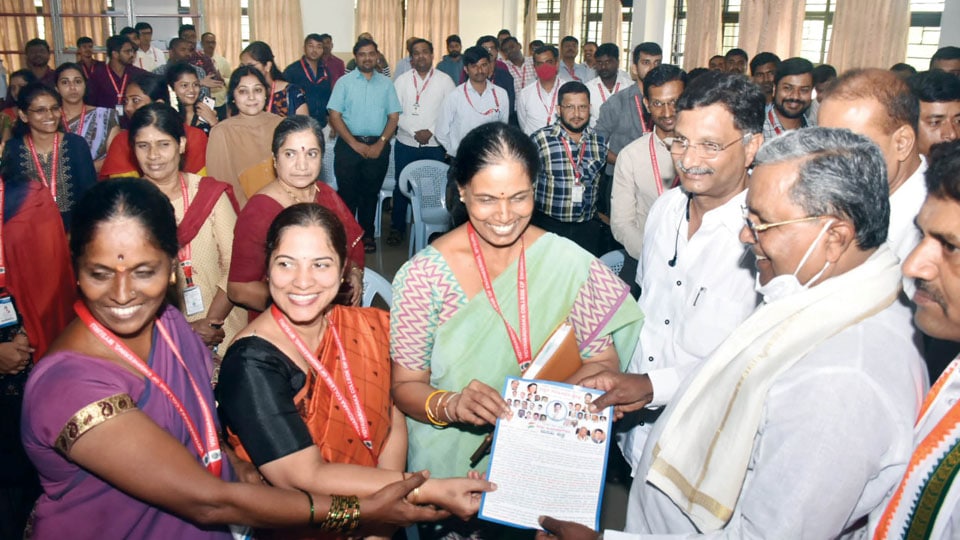 Mysore/Mysuru: With just a few days to go for the Legislative Council Polls (June 13) from South Graduates Constituency, Opposition Leader and former Chief Minister Siddharamaiah held a brisk campaign in the city on behalf of Congress candidate Madhu G. Madegowda on Monday.

Charging the BJP Governments at the Centre and in the State of maladministration and mismanagement of the economy, which has led to exponential rise of inflation, he listed the achievements of the Congress Government.

Explaining the voters about rampant corruption and scams, he alleged that the State Government was spreading falsehood among the population in order to garner votes.