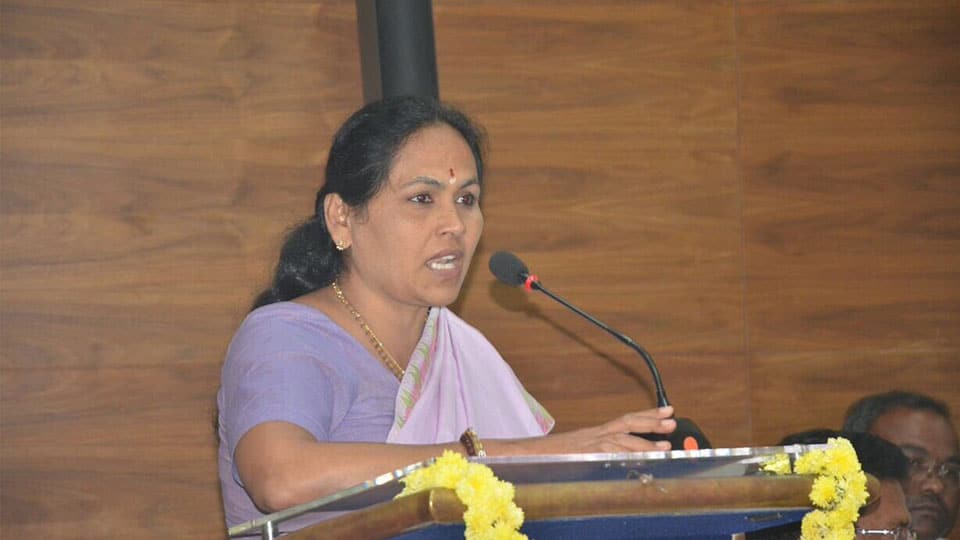 Addressing a press conference here yesterday, Karandlaje accused Kempaiah of camping in Hubballi-Dharwad for days and speaking to the Investigating Officer of the murder case, family members of Yogesh Gowda and the local Police.

Demanding the Chief Minister to drop Vinay Kulkarni from the Cabinet, she urged the State Government to hand over the murder case to the CBI for  investigation.

Accusing the State Government of systematically trying to destroy evidence in the two cases — Yogesh Gowda’s murder and Dy.SP Ganapathy’s death — she raised suspicions about the death of IAS officer Anurag Tewari, who was found dead under mysterious circumstances in Uttar Pradesh early this year, at a time when the IAS officer was about to recommend the Karnataka Government a CBI probe into rampant irregularities in the Food and Civil Supplies Department.

Lashing out at Littérateur Champa for his political rhetoric at the 83rd Akhila Bharata Kannada Sahitya Sammelana held in Mysuru recently, Shobha Karandlaje urged Champa to apologise to Union Minister Ananth Kumar for his (Champa) derogatory remarks against the Union Minister.

She also criticised the State Government and the meet organisers for failing to invite Mysuru Royal family members.