Home » Columns » Abracadabra By K. B. Ganapathy » Gone Away: To Germany & Austria – 9: Vienna, a genuine God’s own country ! 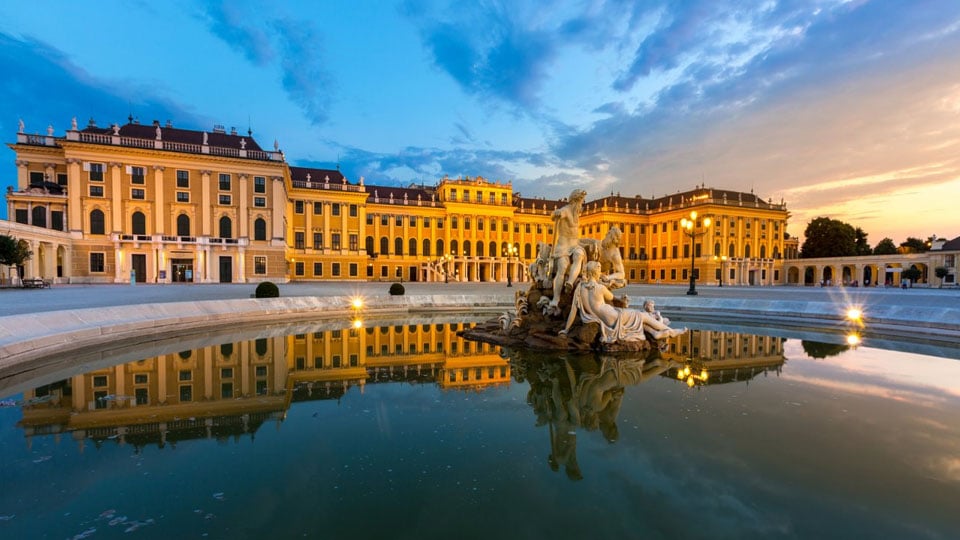 Gone Away: To Germany & Austria – 9: Vienna, a genuine God’s own country !

Last time I had mentioned about the Olympic Stadium at Munich where the 1972 Olympics was held. We took a train to reach there, about half-an-hour’s journey. An out of the world surprise awaited me. I had earlier seen three Olympic Stadiums — Athens, Greece; Seoul, South Korea and Beijing, China where the stadium Bird’s Nest became very famous. But this one was rather weird-looking, like a bat on its wild flight or a stadium built under a massive green tent. 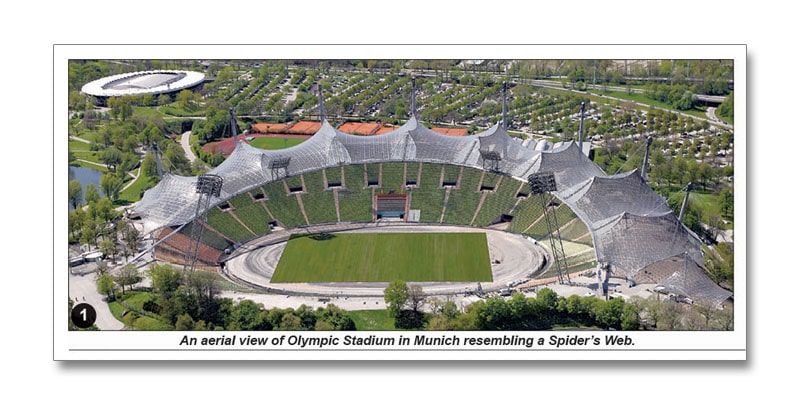 My friend tells me that the architect spread his imagination as wide as possible and came up with a design inspired by the Spider’s Web. So it was (see pic.1). We spent about an hour roaming around and then visited the nearby showroom of BMW cars. This done, there were two more engagements for us  to cover in Munich but it should wait till we crossed the German international border to Austria to visit Salzburg and Vienna and spend two more days there. Since we were to take a direct flight home from Munich, this modification in our itinerary.

We took a morning train to Vienna but broke the journey at Salzburg Station — midway between Munich and Vienna — to visit the famous musician-composer-conductor Mozart’s house (see pics 2&3). This is where he lived in his younger days before becoming world famous making Vienna, the capital of Austria, a world centre for classical western music.

It is a small town but steeped in many centuries of culture of its own surrounded by undulating green mountains and pasture land mesmerisingly beautiful to behold. No wonder the producers of the famous, popular and a hit film ‘The Sound of Music’ chose Salzburg for some of the original filming locations for the movie. There was a beautiful lake, a fort atop the Hill (see pic.4) and, of course, Mozart’s birth place. We covered all this and returned to the Railway Station by taxi for our onward journey to Vienna. On reaching Vienna late in the evening, we checked into a heritage hotel, Hotel Stefanie, with a hoary past beginning 1600 AD, touted as Vienna’s oldest family owned hotel. Yes, I fell in love with it. An elegant 4-star hotel with an atmosphere of positive energy pervading all over. You get a feeling of elation and well-being in your room and around the hotel. Food too was too good.

Since photographs speak more eloquently than words, more so when poorly used, let me show some pictures of Vienna. First the famous Schönbrunn Palace — too huge, massive. It has a very long and many momentous history as our guide would narrate. It is also country’s (Austria’s) most important cultural monument (see pic.5). A dynastic Palace of the ruling Habsburg family since the reign of Max Million II (1569). 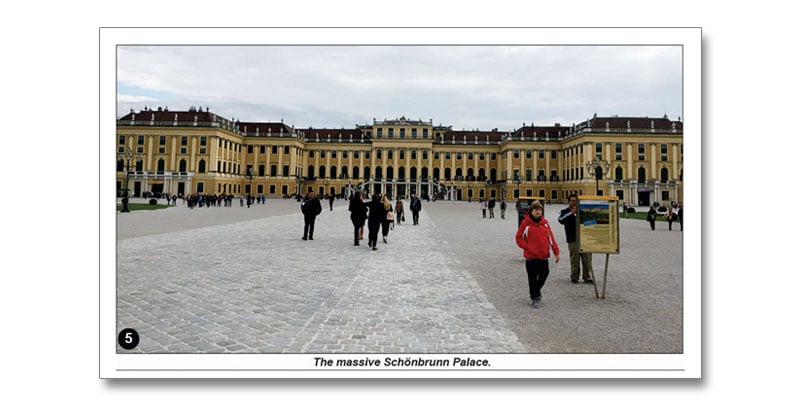 It is so huge with hundreds of rooms and halls, the Palace had more than 1,500 employees for the upkeep! And 200 to light the candles!! The birthdays of the royalty would be observed with over 100 royal family members and guests eating and drinking while a 1,000 courtiers and the public would be watching in wonder and admiration from a distance.

Though from outside the Palace looks like a massive building of brick and mortar, inside it is a world of fantasy and opulence non-compare. Even the palace in Paris, Versailles, is no patch on the glittering decor and the precious, exotic artefacts you find here in rooms after rooms as you move on.

The grandeur inside will blind you. Such was the unbelievable decor and richness of this Palace with an equally beautiful, well-laid garden running to nearly a kilometre.