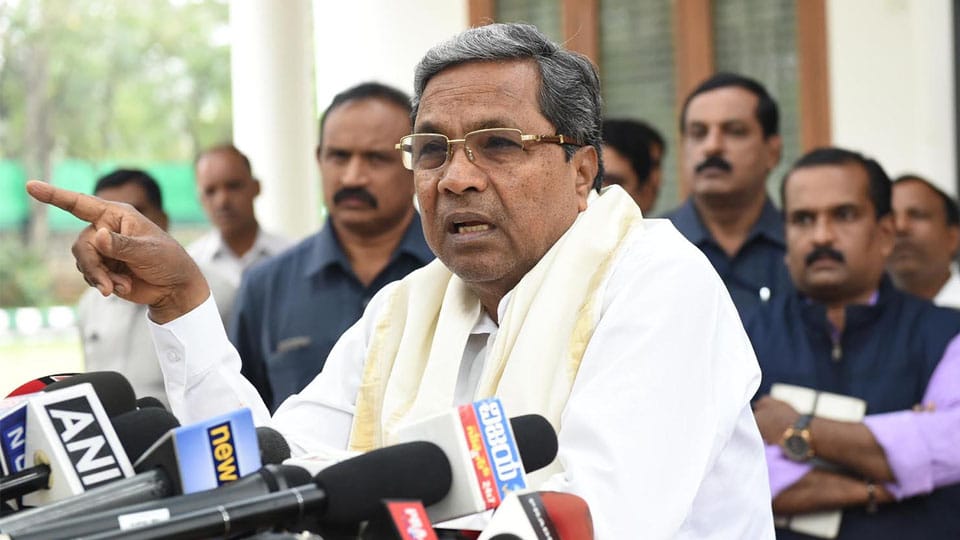 Bengaluru: Chief Minister Siddharamaiah has begun the exercise of preparing the list of Congress candidates to fight the next Assembly elections scheduled to be held in early 2018. This behind the scene exercise is being done based on the Socio-Economic Survey conducted by the State Government recently.

Interestingly, the report has not been made public as the Chief Minister wants to use the data for electoral gains.

Sources said that on all major socio-economic indicators, Karnataka has been ranked ‘above average’ in the Survey. It ranks eighth in terms of Per Capita Income, eighth on the Human Development Index, and seventh in terms of urbanisation.

The Survey sheds critical light on the performance of the Government and lists out reasons on what prevents Karnataka from being the best on critical indicators.

Siddharamaiah, who has completed four years at office, is planning to come up with an electoral manifesto that will have measures to propel Karnataka to the top spot.

Sources added that the Survey report has not been made public as the Congress party plans to utilise the observations mentioned in the report to effectively counter Opposition threat and anti-incumbency factors in the next elections.

The CM has taken personal interest in the Survey report and is examining all the 224 Assembly segments in the light of the report and has begun the process of candidate selection in consultation with his close confidantes who have come from socialist background.

Surprisingly, the CM is doing this exercise alone and has not consulted Karnataka Pradesh Congress Committee (KPCC) President Dr. G. Parameshwara and other leaders.

Siddharamaiah firmly believes that the Congress party will bounce back to power if the party fights election based on the Socio-Economic Survey.

Sources said that the CM will prepare the candidate list first along with a detailed report on the constituency, its caste equations and the suitability of the candidate. The list will be submitted to All India Congress Committee (AICC) General Secretary and Karnataka in-Charge K.C. Venugopal or Party Vice-President Rahul Gandhi.

The list will be most likely submitted to Venugopal as he has called a party organisation meeting on Dec.5 and 7 that will be attended by senior leaders and members of the party, sources added.