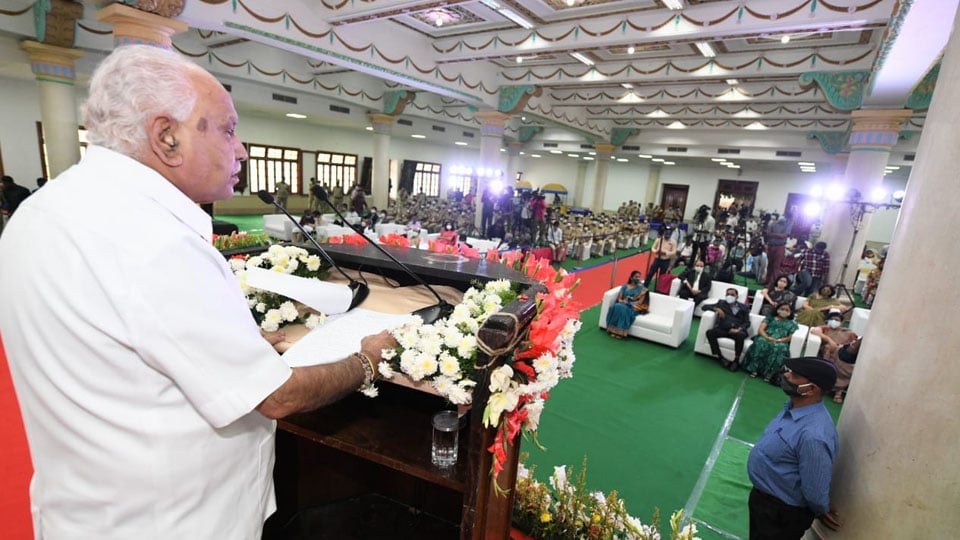 From the last three decades, the Principal Chief Conservator of Forests had been urging the Government to bestow the CM’s medal upon Forest Department staff, on the lines of Police Department, for their outstanding contributions in their services as a note of encouragement.

Responding to the same, three years ago, the State Government had instituted the Chief Minister’s medal for Forest officers and staff. The Government had been announcing the list of awardees from the last three years but for one or the other reasons had not organised the Medal Investiture Ceremony.

Every year, CM’s Medal is being awarded to 25 Forest Department personnel. So, today totally 75 persons received medals that include 15 RFOs, 22 DRFOs, 23 Forest Guards, eight Forest Watchers, four Welfare Staff and one each of Mahout, Dalayat and Driver.

Six Forest staff from Mysuru Circle are among the 75 persons who received the CM’s Medal today — two DRFOs, three Forest Guards and one Dalayat.

While DRFO A.S. Manju, Forest Guard A. Srinivas and Dalayat Akram Pasha were selected for the CM’s Medal for the year 2017, DRFO K.N. Mohan Kumar of Forest Mobile Squad and Forest Guards Y.K. Satish and Sheikh are named in this year’s Medal-winners’ list.