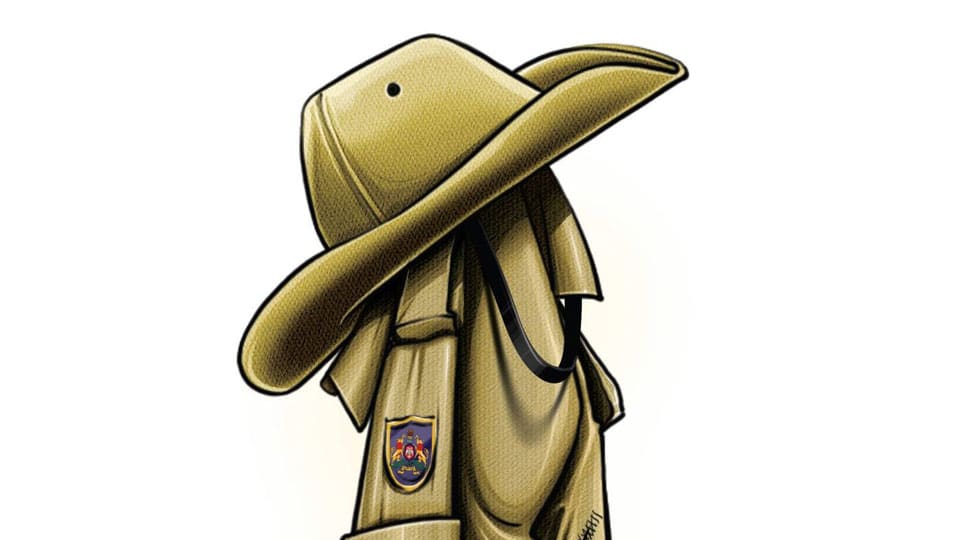 The proverbial expression Set a thief to catch a thief is traced to a play published in 1665, where it is described as an ‘old saying.’ According to the Oxford Dictionary of Proverbs, another remark ‘Being a thief myself, I recognised the tracks of a thief,’ attributed to the classical Greek Writer Callimachus (310-240 BC) is thought by littérateurs to have influenced the English proverb. Both expressions support the prescription that the best person to recognise a thief is another thief presumably because they share the same way of thinking and acting. However, that advisory is not considered proper in the contemporary dispensation of administration, deploying the Police force to carry out the arduous task. Here it is not intended to either connect overtly or covertly the thief with the Police or cast aspersions on the law-keepers. Further, liars are far better at spotting lies than normal, nay honest people. Maybe, the Kannada proverb ’A thorn must be extracted only by using another thorn’ conveys the same message of the aforementioned expressions without raising a controversy in the context of writing about Police.

The parameter of Police to population ratio provides some insight into a) the outlay on the Police establishment by the administration, b)the perceived extent of societal behaviour in the matter of law and order, c) reported incidents of various kinds of crime such as burglary, dacoity, murder, frauds and so on, an addition to all sorts of violation of the land’s laws.  Data from the United Nations Office on Drugs and Crime shows that India’s ratio of 138 Police personnel per lakh of population is the fifth lowest among the 71 countries included in the survey.

Mysore city of several decades ago witnessed tranquil life to an extent that not many of its residents were aware of the exact location of its few Police Stations, housed in unglamorous buildings. Even the uniform of the members in the Police force then looked unattractive compared to their current smart attire, except for the colourful turban which are still in use by them on ceremonial occasions. Mysuru has dramatically jumped into the league of hundreds, if not thousands of cities across the country keeping the Police force on its toes trailing the tormenting members in society.

Providing VIP security, keeping heightened vigil at airports, strategic installations, reservoirs, places of worship considered sensitive, heritage structures and so on, apart from bringing mob outrage under control have necessitated countrywide expansion of Police force, costing a bomb to the nation. A recent report of the top brass in the department offering some attractive incentives to Constables for getting rid of their flab, particularly their expanding belly augurs well both to the force and society at large.