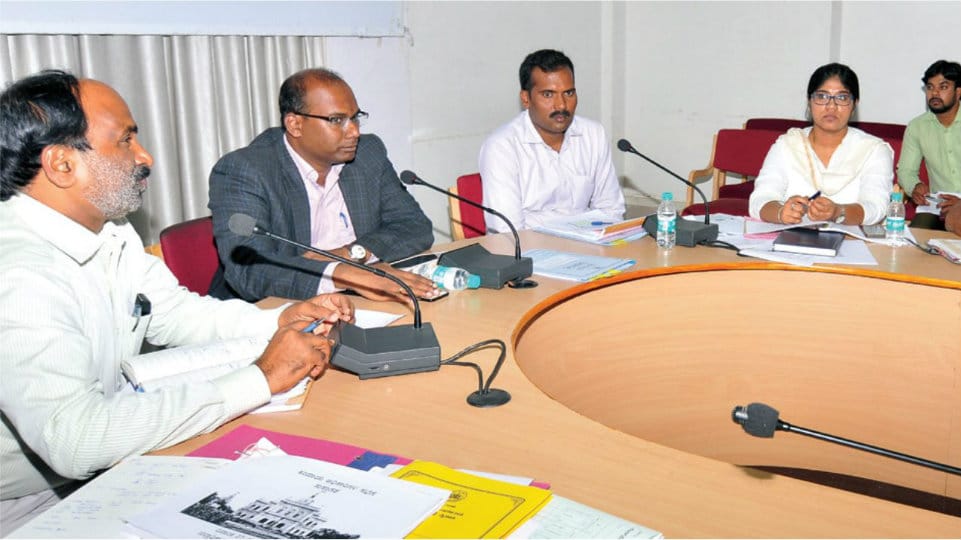 Presiding over a meeting of Revenue Officers at his office here recently, Randeep said a time frame has been stipulated for every service rendered at the Kendras and the officials should ensure that applications are disposed off within the set time-frame.

Taking exception to T. Narasipur taluk lagging far behind in the disposal of AJSK applications, the DC warned the officials that they would attract the ire of the Chief Minister.

Stressing on the need for rendering time bound services under AJSK, Randeep warned of action against officials who show laxity in discharging their duties.

ADC T. Yogesh who also addressed the meet, said that there were 5,056 cases of ‘Haddubastu’ pending in the district.

Expressing disappointment over non-disposal of some cases since 2011, he instructed the officials to dispose off old cases in four or five months.

DC D. Randeep instructed the officials to conduct janaspandana programmes at all taluks on a regular basis so as to connect with the people. Mysuru AC Shivegowda, Hunsur AC Dr. Soujanya, Mysuru Tahsildar T. Ramesh Babu and other officials attended the meeting.