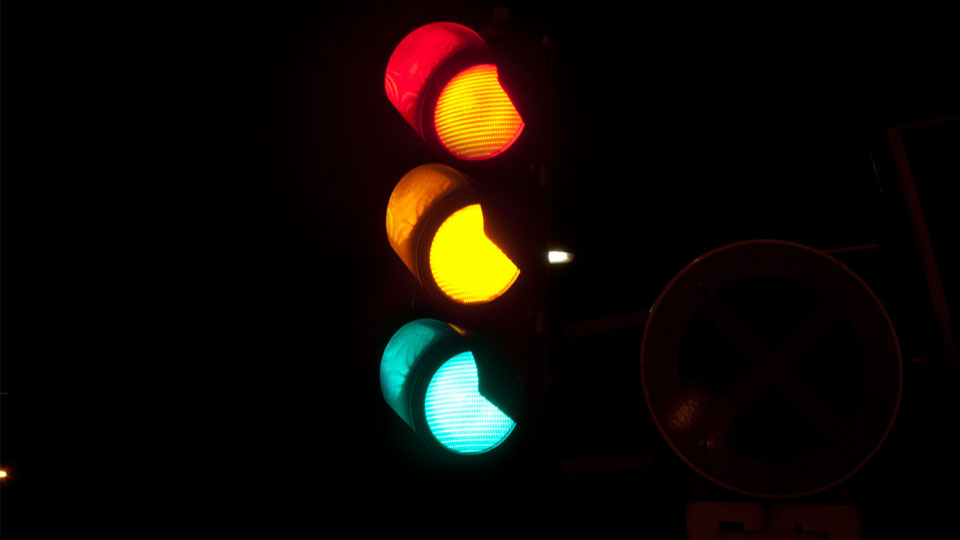 Mysore: The Mysuru City Police have upgraded traffic signals with a new software technology to prevent congestion and for easy movement of vehicles. They have installed more than 50 traffic signals at various junctions. Notably, in Karnataka, Mysuru is the second city to have such an upgraded signal system after capital city Bengaluru.

Earlier, traffic signals functioned on a fixed-time mode and now it has been upgraded with automated signals that change colour based on the traffic volume on each stretch. These advanced signals prioritise traffic movement depending on traffic density and VVIP movements. They change colours automatically and in a real-time mode. They support multiple communication methods (GPRS/ EDGE/ 3G/ 4G/ Wi-Fi/ Fibre Optic) for remote operations. They are fully customised with other intelligent transport system like Variable Message Signal (VMS), warning system and speed detection.

Earlier, it was difficult to control traffic as most signal junctions had manual operations either by the Police or Home Guards. Also, fixed timing mode software system was installed at signals prior to this new software upgradation. Fixed timing system is time consuming and road users had to wait until the green signal though there was no traffic on the other side.

In the new system, traffic signals change automatically on the basis of traffic flow. When there is no traffic flow on a particular stretch, the green light automatically reduces the time allocated to it, said a statement issued by the Mysuru City Police Commissioner’s Office. These signals have been installed at 50 junctions and have already begun functioning.

The new synchronisation with one traffic signal with the subsequent traffic signals helps provide prior information to the automated system about the traffic flow and signals and timing automatically changes from one signal light to another, depending on the traffic density.

The system is Control Centre Compatible where it is centrally controlled from the Control Room. The movement of an emergency vehicle or a VVIP convoy can be prioritised from the Control Room by turning the signals on the particular stretch to green or red.  Aspects such as status of signal lights, timings of green signal, stage type, automatic and manual mode can be studied qualitatively and quantitatively and information can be generated automatically. Bell Teleservices India is maintaining the new signal light system.