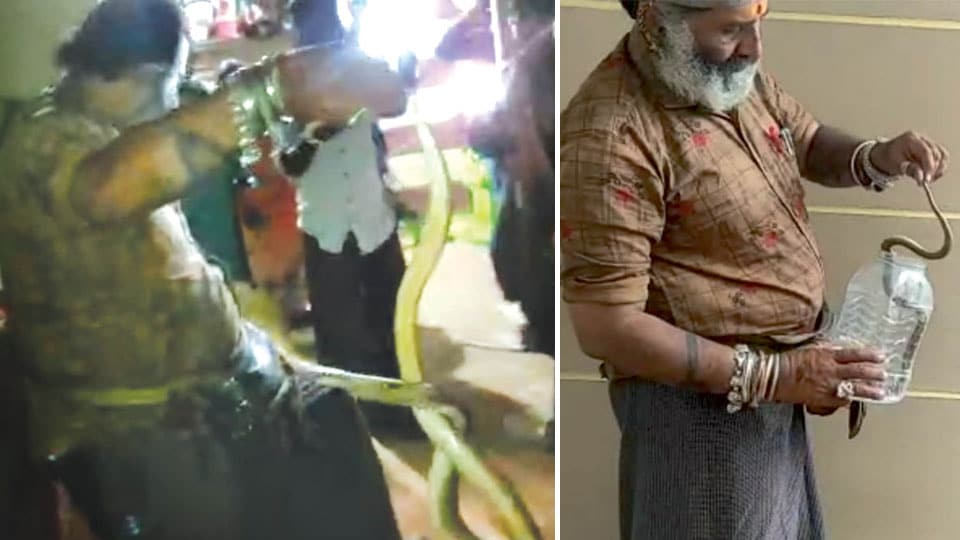 Shyam, who later received a call about the presence of another Spectacled Cobra at a house in Bannimantap, rushed to the spot and found the snake hiding among bricks in the compound of the house of Narayanarao and rescued it too. Shyam had caught a snake in the same house 20 years ago.

Yesterday too, Shyam rescued a big Spectacled Cobra, which was hiding between bricks at Belavatta and also rescued a Rat Snake which was found on the stairs of a house at Hulikere.