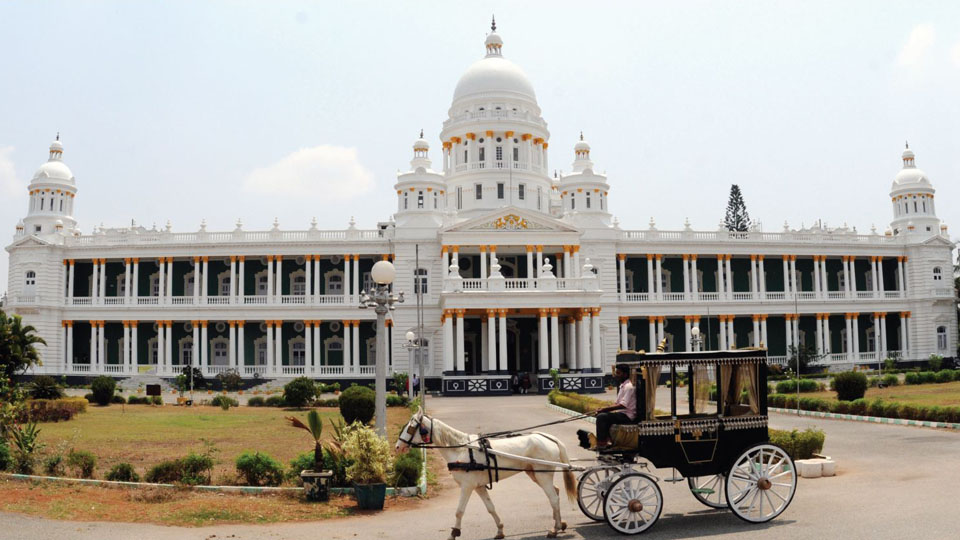 Mysuru: Tourism Minister S.R. Mahesh announced that Sound and Light Show at the Lalitha Mahal Palace and Town Hall will be another attraction during Dasara from Oct.10 – 19.

He was addressing a press conference here yesterday at the Deputy Commissioner’s Office and said that this year, the Sound and Light Show will also be held at Lalitha Mahal Palace Hotel and like last time Town Hall, where the 3D Mapping was done, will continue to be another venue. The Sound and Light Show will highlight the heritage value and history of the two buildings.

The tourist arrivals during the Dasara celebrations from the neighbouring States are very high and hence we are requesting Chief Minister H.D. Kumaraswamy for road tax concession to the tourist vehicles. The government is likely to pass an order in this regard in another two days.

Also there are plans to revive the Akasha Ambari flights from Bengaluru to Mysuru in the 60-seater aircraft, like it was done two years ago, added Mahesh.

The government in order to promote the world famous Mysuru Dasara is gearing up to promote the festivities in foreign countries by putting up Dasara posters in London and Paris airports to attract foreign visitors. This step will be taken to promote Dasara in many States in the country too, he said.