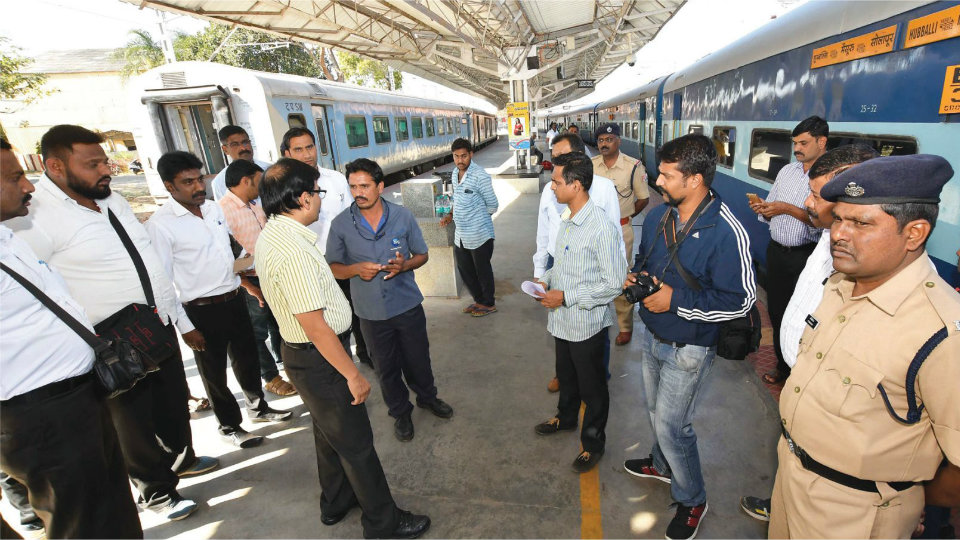 Mysuru: South Western Railway (SWR) yesterday launched a three-day special drive for improving integrity in delivery of services to passengers and customers  besides boosting motivation of the staff.

All the three Divisions of South Western Railway — Hubballi, Mysuru and Bengaluru — have started the drive in right earnest. Special focus is being given to check whether any Railway staff are demanding money from passengers for rightful services.

The Chief Commercial Manager (CCM) visited Hubballi Station while the Divisional Railway Manager Mysuru visited Mysuru Station as part of this drive and interacted with the passengers.

Apart from this, banners are displayed at major stations for sensitising passengers to inform or report any cases that come to their notice of demanding money through Mobile or WhatsApp to: 9731665981 and 9731665089 with details and evidences.

SMS campaign to increase awareness among public is also being planned by SWR. Announcements are made and scrolling display being given in electronic train indication boards; CCTVs at stations are being displayed to convey the message to all passengers. Posters at ticketing counters have been pasted in major Railway Stations.

SWR, has in a press release, appealed the public to play the role of a responsible citizen and passenger and not offer any money for out of turn seat allotments.