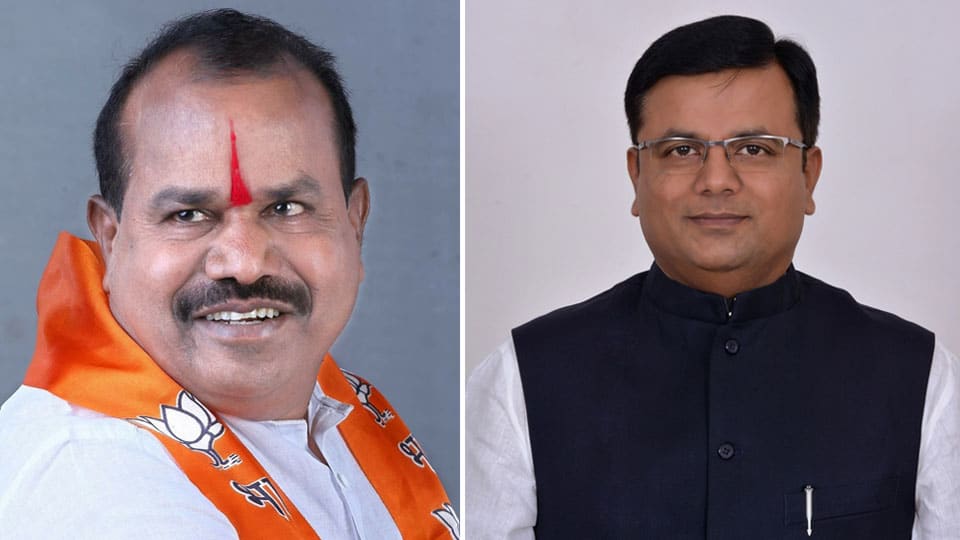 Bengaluru: In what can be described as a huge setback for Basavaraj Bommai in his first acid test after he took over as the Chief Minister of the State in July last, Opposition Congress wrested the Hangal seat from ruling BJP. However, the BJP won the Sindagi seat with a huge  margin of over 31,000 votes against its nearest rival, the Congress.

However, the BJP managed to win the Sindagi Assembly segment in Vijayapura district. The by-polls was necessitated in Sindagi by the demise of sitting MLA M.C. Managuli of the JD(S) and the death of C.M. Udasi of the BJP in Hangal. Both M.C. Managuli and C.M. Udasi were former Ministers.

The by-polls to the two Assembly segments was held on Oct. 30 , in which Hangal Assembly segment saw a voter turnout of nearly 70 percent and Sindagi, a near record 84 percent.

The counting of votes was taken up in the respective Assembly segments this morning (8 am). While the Congress surged ahead in Hangal from the  beginning, the BJP led in all rounds of counting in Sindagi, right from the first round.

Hangal Congress candidate Srinivas Mane gained lead from the first round and only improved his margin against the BJP candidate Shivaraj Sajjanar in all subsequent rounds. In Sindagi, BJP candidate Ramesh Bhusanur, who started with a good lead right against Congress candidate Ashok Managuli, son of late M.C. Managuli,  from the first round, consolidated his lead in all subsequent rounds and went on to win by a huge margin of over 31,000 votes, according to reports.

In Hangal, according to latest reports,  Congress candidate Srinivas Mane, a former MLC, won by over 7,000 votes against his BJP rival Shivaraj Sajjanar, who seemed to have failed to make the most of the  campaign of the Chief Minister and his Cabinet colleagues. As far as the JD(S) is concerned, the party came a cropper in both the seats, with the party candidates failing to make any impression on the electorate  and losing deposits. Interestingly, the JD(S) had fielded minority community candidates in both the Assembly segments.