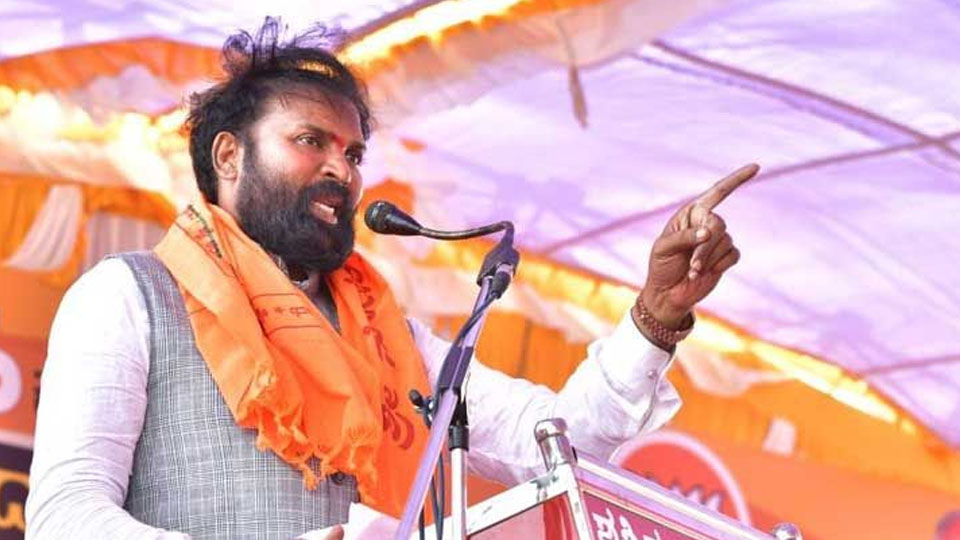 Ballari:  Warning the Congress – JD(S) coalition that BJP would not  let the Government sleep unless it meets the aspirations of the people, the party’s fire-brand leader and Molakalmuru MLA B. Sriramulu has said that the BJP, as the Opposition party, will be more aggressive in the future.

Speaking to press persons here yesterday, Sriramulu said that the Congress-JD(S) had joined hands as the leaders of both the parties were scared of former Chief Minister B.S. Yeddyurappa (BSY) ordering a probe against them for the massive scams that they were involved.

Launching a tirade against the Congress for bending its knees before the JD(S) which has secured just 38 seats to save itself and grab power through the back-door, Sriramulu said that he would expose both the Congress and JD(S) in public.

Alleging that the Congress set up Anti Corruption Bureau (ACB) only to save itself, the Molakalmuru MLA said that he would unearth scams of the Congress Government, which had indulged in massive corruption during its five-year rule.