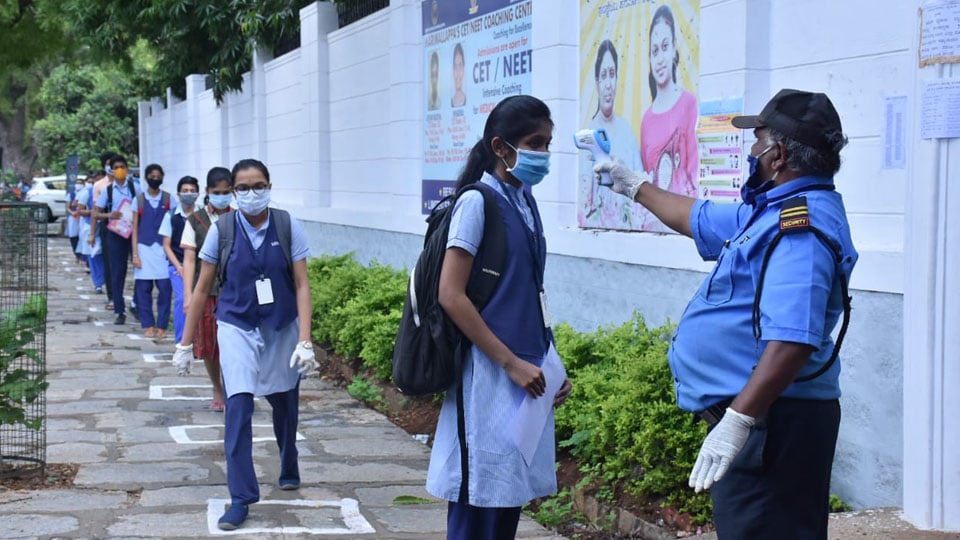 Mysore/Mysuru: Out of the 39,297 SSLC students, 38,886 students wrote Mathematics exam and 411 remained absent at 139 centres in the district today.

Among the 274 students from other districts, who had registered to write exam in Mysuru, one remained absent.

A total of 52 students came from Containment Zones in the district for whom separate arrangements were made to write exam. A total of 55 buses were used for the students transportation.

In all, 17 students were found with cough and fever symptoms when they were thermal screened before they were allowed inside the exam hall and they were made to write exams separately. Apart from that, the exams were conducted with no confusions and the next exam is on Monday.