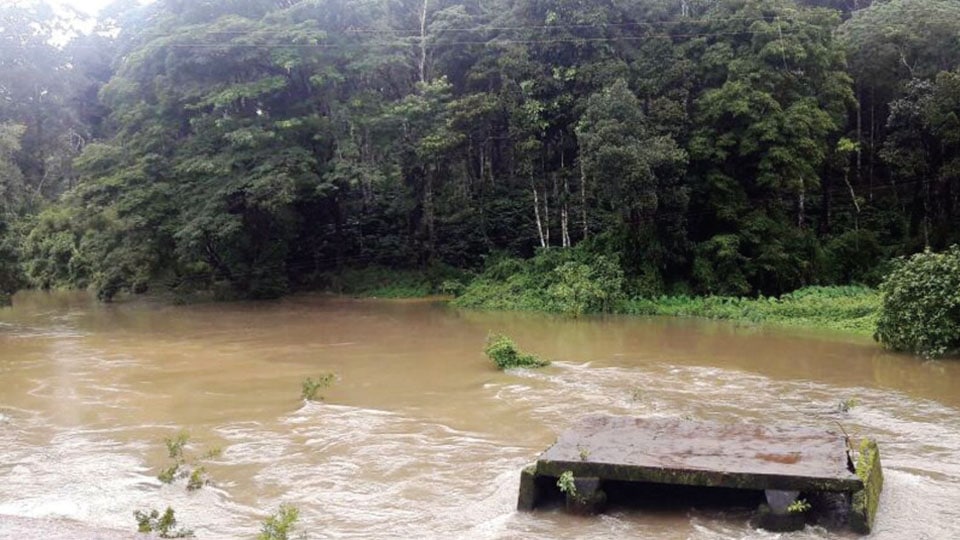 Bengaluru: The State Government is seriously considering to harness the floodwaters flowing from the rivers into the seas to mitigate the drinking water problems of Bengaluru and other part of the State including Mysuru.

Addressing presspersons here yesterday, Bengaluru Development Minister K.J. George said that the idea was to check the excess river water from the Western Ghats overflowing into the sea.

He held a meeting with Urban Development Minister Roshan Baig and the top officials from the Bangalore Water Supply and Sewerage Board (BWSSB) to discuss about the feasibility report.

A team of Scientists from Indian Institute of Science (IISc) led by T.G. Sitharam submitted the report regarding supply of drinking water to Bengaluru and other parts from west flowing rivers in Dakshina Kannada district like Nethravathi.

According to the report, nearly 300 to 350 tmcft water flows into the sea every year. If this water is harnessed at the source where the river water enters the sea, it can be treated and the sweet water can be pumped to the prominent cities. In the first stage, Bengaluru, Mysuru, Mangaluru, Belagavi, Hubballi-Dharwad, Davangere, Balllari, Kalburgi, Shivamogga, Tumakuru and Vijayapura Corporations will be supplied with this water, said George.

The State capital Bengaluru’s annual requirement is 20 tmcft of water. For the remaining Corporations, another 20 tmcft of water is required. At the source of the sea itself 30 to 35 tmcft of water can be stored by building reservoirs. This water will be treated and supplied to the cities. This novel technology is successfully adopted in countries like Singapore, Hong Kong, Britain, China, and Germany, said BWSSB Chairman Tushar Girinath.

This important scheme is already implemented in Chennai. The Urban Development Department had already prepared a report in this regard and it was placed in the previous Cabinet meeting. The Cabinet, after studying the draft report, had sought some more technical details.

However, in yesterday’s meeting, the scientists and technical experts held talks for the implementation of the project. Based on the proceedings in the meeting, the BWSSB will prepare a action plan, said George. He also made it clear that this project had no relation to the  Yettinahole project.

Interestingly, while the Government is taking cognisance of the report of IISc Scientist  Sitharam, another scientist from the same premier research institute in the country, Prof. T.V. Ramachandra has slammed the report. He said that no Environment Impact Assessment was done by the team led by Sitharam to make such claims.

The environmental crusader Prof. Ramachandra has said that this is going to be an ecological disaster and the livelihoods of those living downstream is going to be destroyed.

He also gave the example of Yettinahole project and said that he had given proof that there was no sufficient water to pump it from there.