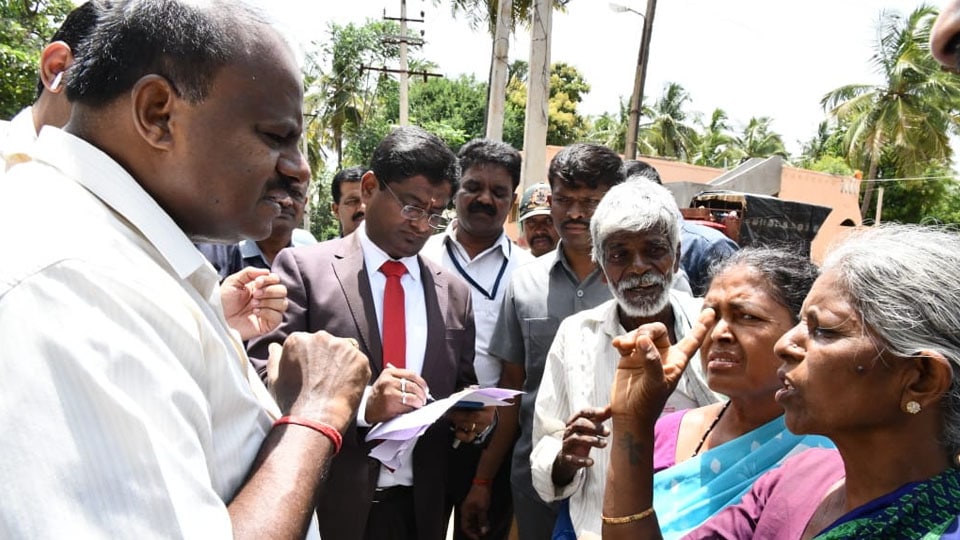 K.R. Pet: Chief Minister H.D. Kumaraswamy (HDK) has warned money-lenders of booking them under the Goonda Act that is in force in Kerala, if they fleece farmers by charging high interest. Speaking to press persons at Aghalaya in the taluk after consoling the family members of debt-ridden farmer A.N. Suresh who ended his life after making a selfie-video appealing HDK to attend his last rites.

The CM maintained that the Government would act firmly against money-lenders who charge exorbitant interest.

Stating that the Police Department has been given a free hand to deal with errant money-lenders and financiers.

Kumaraswamy said that the Government was seriously thinking of introducing a Goonda Act based on the Kerala model to deal firmly with money-lenders in the next Legislature Session.

Pointing out that the deceased farmer has made an appeal for filling up lakes in the area, the CM said that measures will be taken to expedite Janivara Lift Irrigation Project taken up at a cost of Rs.213 crore, which is aimed at filling all water bodies coming under Santhebachahalli hobli limits, by using Hemavathi waters.

Appealing the farming community not to take extreme steps, the CM asked the farmers to come up with their woes so that a solution can be found for the problems.